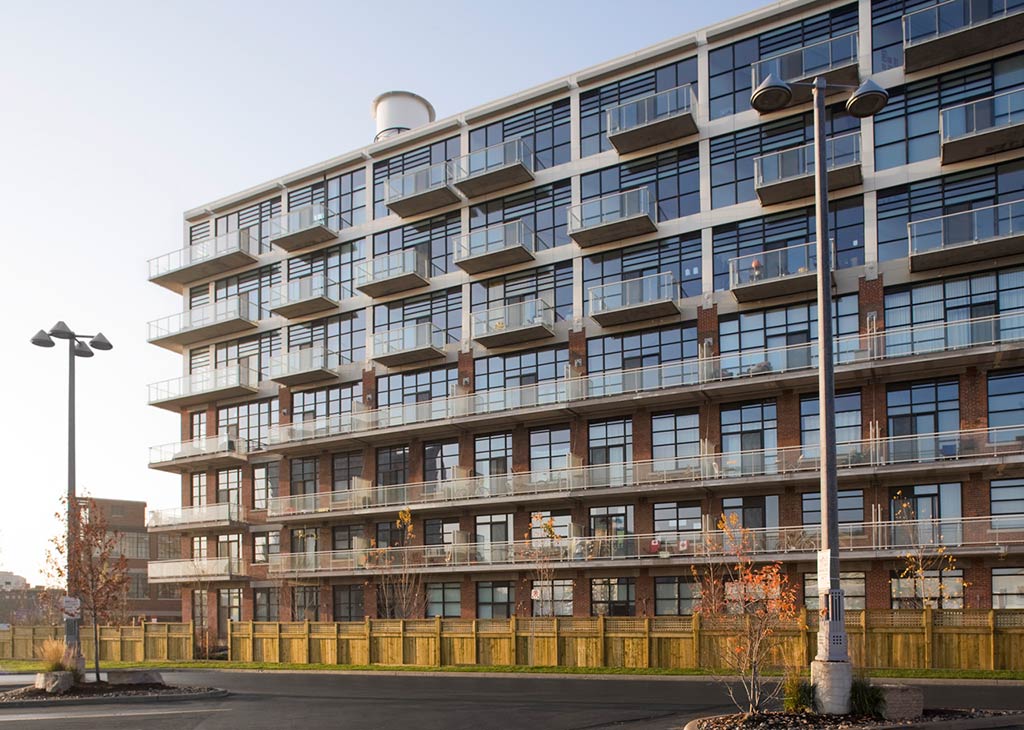 The Toy Factory Lofts expands the range of options for living and working space in Toronto, preserving and rehabilitating a significant industrial structure in Liberty Village. 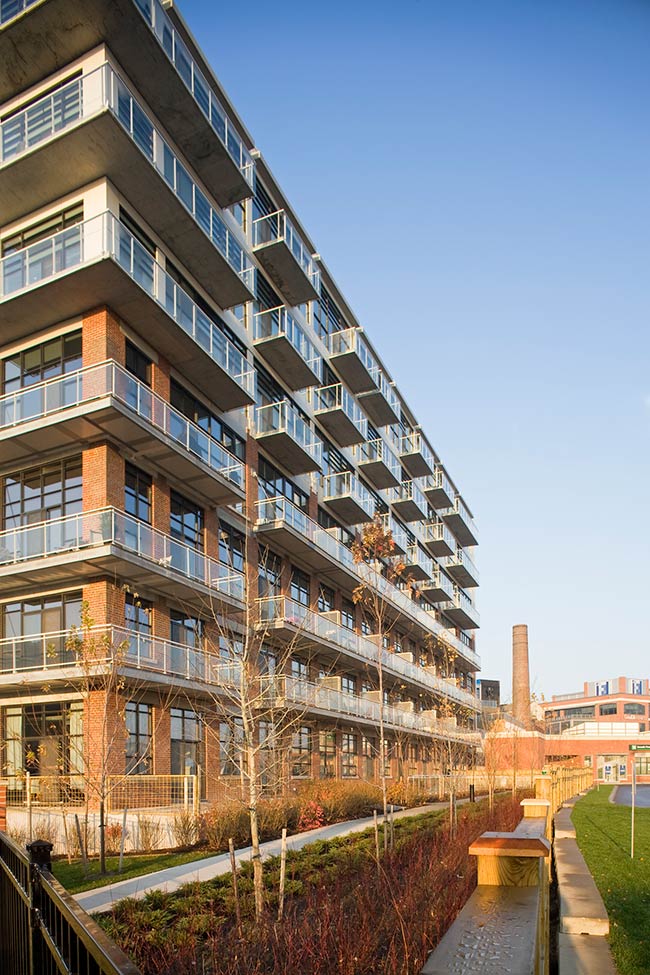 With a creative blend of renovation, reconstruction and expansion, Quadrangle’s design and unique approach to the rehabilitation of the former Irwin Toy manufacturing facility combines live/work units with a commercial office component and retains a well-known landmark structure in an area of Toronto undergoing dramatic revitalization. 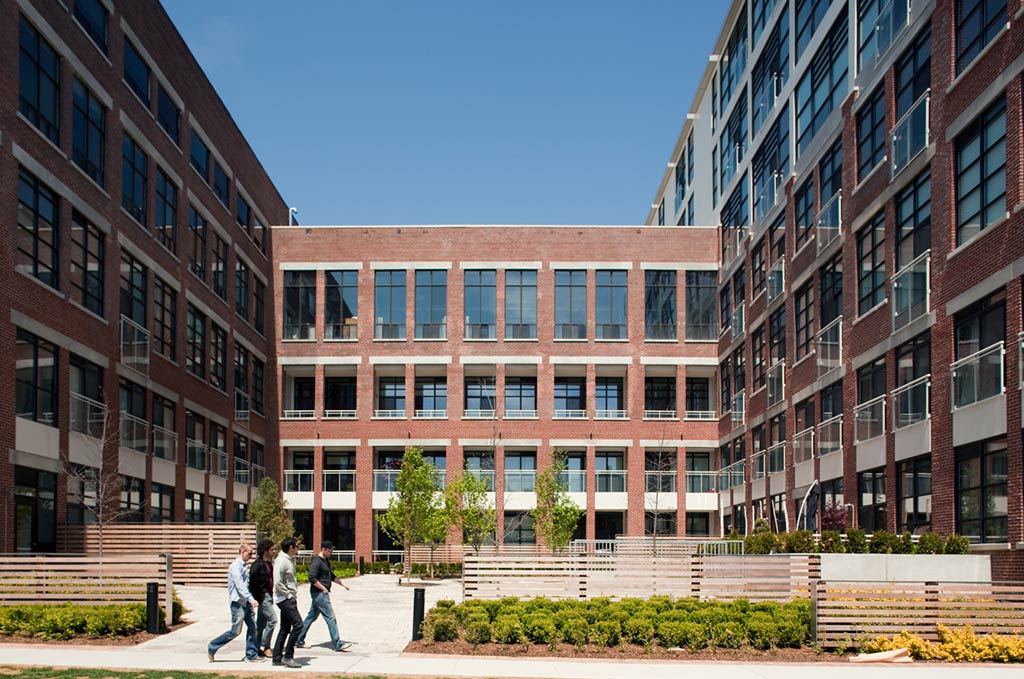 The Irwin Toy Company in Liberty Village had been housed in an old factory structure constructed in stages in the early 20th century in what was originally a heavily industrialized zone west of Toronto’s downtown core. The site sits at the eastern edge of the existing Liberty Village community, adjacent to new residential and “big box” retail developments. The owners of the property envisioned that the renovation and rehabilitation of the structure would house a unique combination of live/work units and commercial office space. 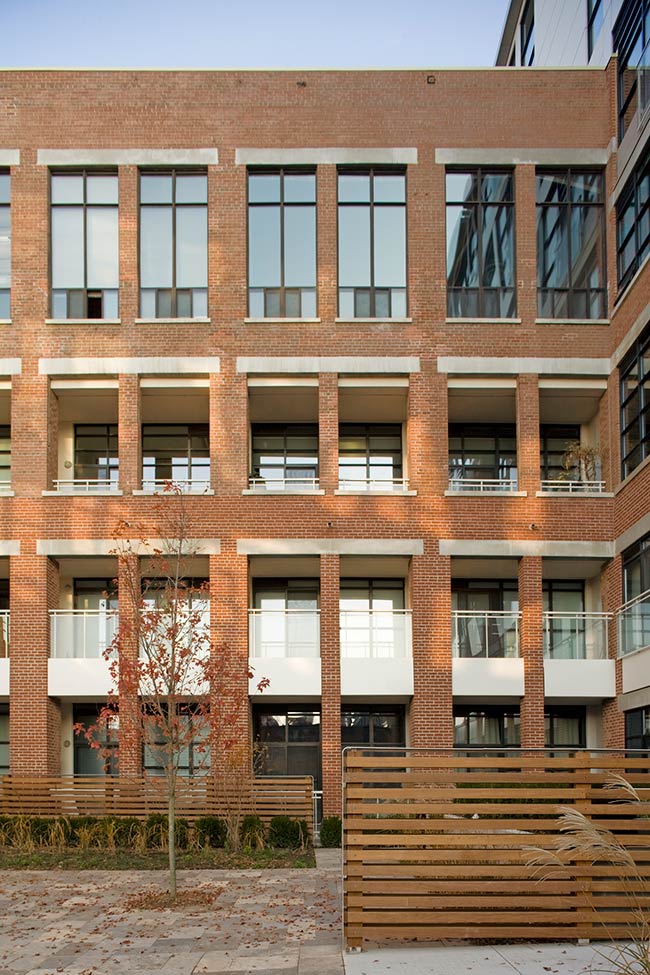 The condition of the existing structure varied dramatically, necessitating the development of a comprehensive strategy for the redevelopment, combining selective demolition with reconstruction, renovations and additions. The portion of the building in the poorest shape was demolished and rebuilt to accommodate four levels of parking above grade and three floors of live/work units. A three storey addition of live/work units was constructed on top of the easternmost section of the structure. In addition, live/work units were incorporated into the existing five storey section, at the southwest corner of the site, while retaining the existing office spaces.

The project was recognized with the 2005 Condominium Project of the Year Award by the Greater Toronto Home Builders’ Association and was honoured in 2009 with a Toronto Urban Design Award for Mid-Rise Private Building in Context.