The USO selected STUDIOS to design a new building to provide amenities, services and administrative support to wounded warriors and their family members during the year or more of medical treatment and rehabilitation after serious injury. The facility is located at the Walter Reed National Military Medical Center (WRNMC). Program functions include Reception, Multipurpose Spaces, Kitchen Facilities, Amenities such as Game-rooms and Lounges, and Administrative Office Space for on-site support personnel.

A little over a year ago, the USO cut the ribbon on this facility, its second Warrior and Family Care Center in the United States and changed the landscape at WRNMC forever. The more than 16,000 square feet facility has served more than 100,000 troops and military families in the last year, almost 50% of these visitors were wounded, ill and injured and their families, proving to be a valuable resource to one of the nation’s largest military medical centers. After opening its doors on the campus that houses Walter Reed National Military Medical Center, the facility has truly become a home-away-from home for those seeking treatment and their families.

Strategically located adjacent to the wounded warrior barracks, known as Tranquility Hall, the Warrior and Family Center at Bethesda has been a critical part of the healing process and integral in the non-clinical needs of wounded warriors as they prepare to transition to civilian life. It has served as a refuge for the day to day struggles of recovery and an inviting place for troops and their families to recharge both mentally and physically.

Aside from serving as a tranquil retreat, the center hosted just under 800 programs and events in its first year. The Art and Music Studio became one of the most popular rooms for many of them. Challenging experiences, both physical and mental, often bring out creativity that was previously unknown, and the arts space served as a space to tap into that. Open studio time, drawing classes, photography, and creative writing were just a few of the art programs offered every week. Studies have shown that symptoms such as depression, isolation, suicidal thoughts, anxiety, chronic pain and insomnia are reduced dramatically when service members and their caregivers participated in such art activities because they were able to express positive feelings, externalize difficult emotions and gain insight in a creative and freeing way.

The Warrior and Family Center’s primary role was to support the troops being treated at the medical facilities and their families, but it’s quickly expanded and now functions as a central gathering place and hub of activity for the entire community. Whether it is free Wi-Fi or meals, or a bigger initiative like a celebrity visit or kids after school programing, the location has filled the needs of all troops and families on Bethesda’s campus. The center’s rooms have even seen traffic from the medical students training at the hospital who frequently used the space to meet and study. 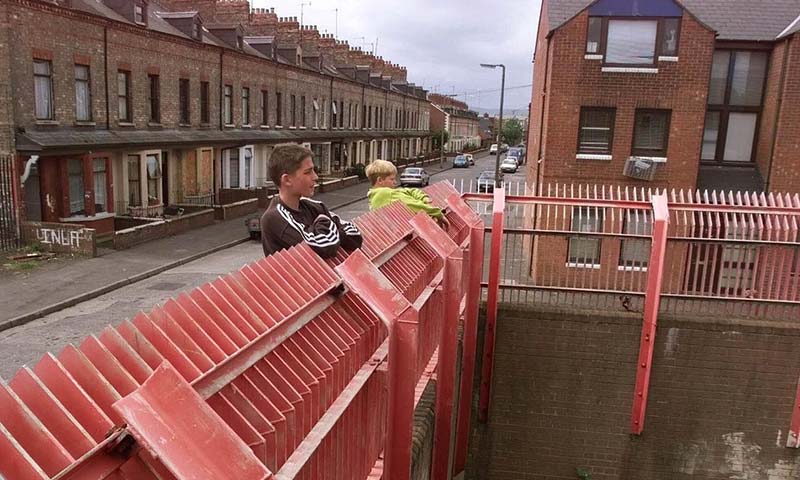 Will Belfast ever have a Berlin Wall moment and tear down...

September 30, 2015September 9, 2015
0
Permanent walls were built to separate Catholic and Protestant districts of Belfast in the 1970s, and the city is still scarred by almost 100 of them.