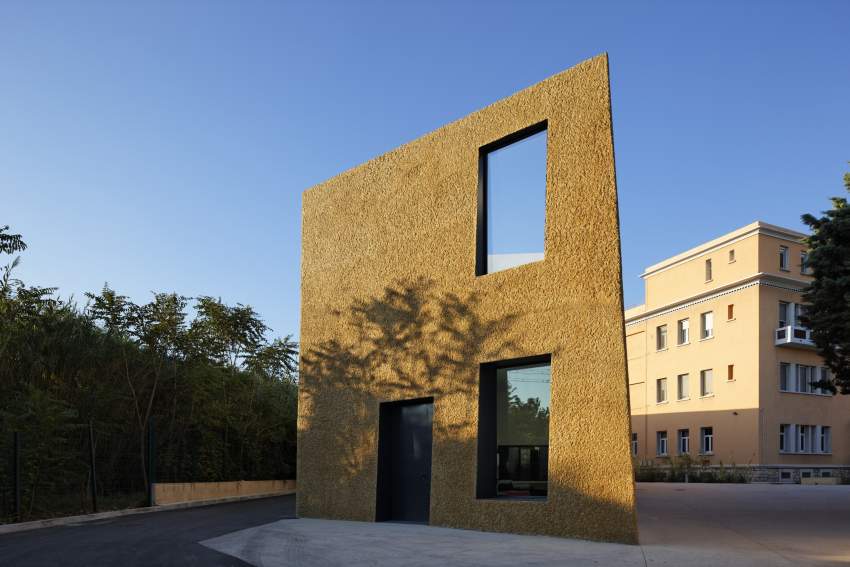 The building operation considers the memory of the site and territorial identity as narrative elements, as an extension of its morphology.
In a site steeped in history, within a team whose role is to pass on our secular and republican values, there is no room for arrogance and pompous architectural features. 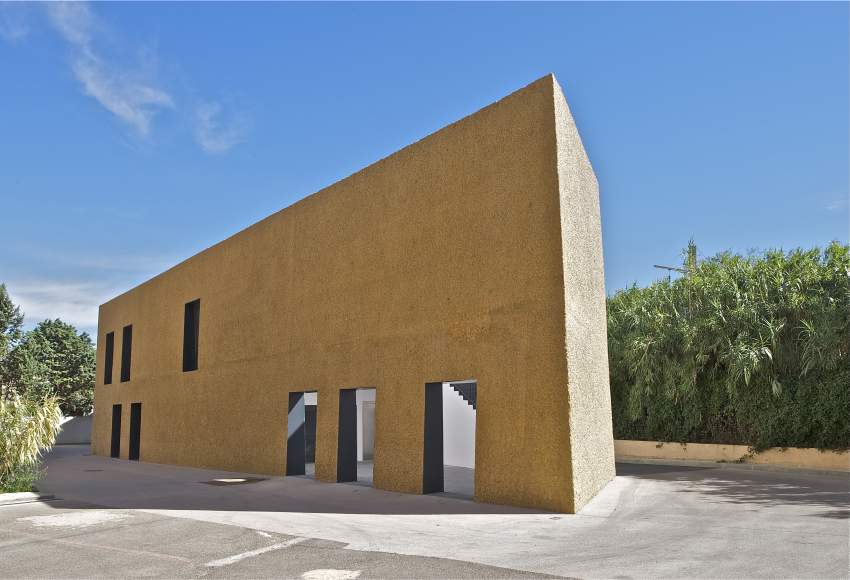 Spatial order is achieved by incorporating programmatic and contextual constraints, within a unique process of shape generation.
The facades comply with the laws of barrack composition: podium, buttress, minerality, succession of sober openings, following a repetitive cutting module, in a subtle allegory of the loophole.

Pitted, coloured concrete, deployed over the entire construction, betrays the vanity of the artifices of architectural design and pays homage to traditional military constructions, massive, robust, sober and efficient. 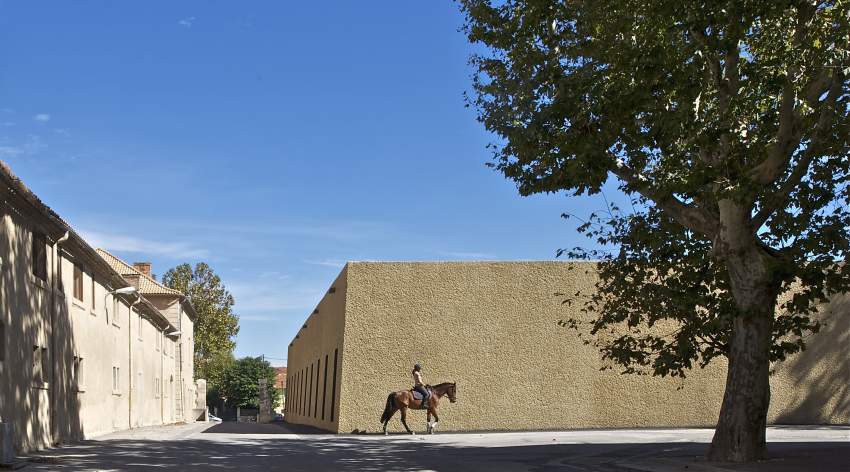 No plastic feats or material preciosity.
The buildings, armed with abstraction, turn towards the only permanent elements of the site.
Only tactics, specific devices, no feigned mannerisms.
Two considerations have given rise to the building’s design:
-one involves the status of image and its symbolic efficiency in space mastering and in crystallising intentions;
– the other concerns the secular tectonic tradition and semantic use of construction as a vector of cohesion and readability of the constructed object.
All is played out in the ambivalent perception of the buildings.
Spelled out in a singular, monolithic and mineral shape.
Their billhook fashioned geometry fulfils their silent forms, proclaiming them as a system, in perfect symbiosis with the site. 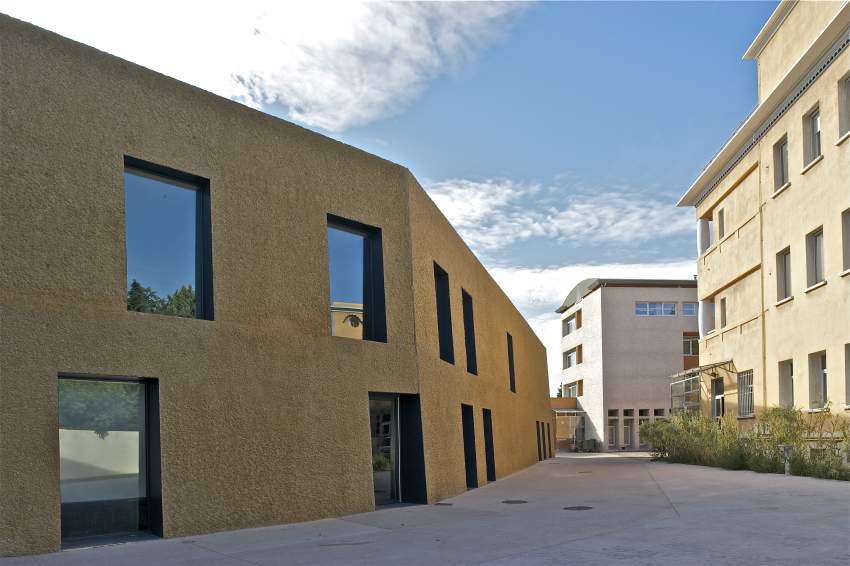 How to make a building credible in an era flooded with icons, counterfeits, as in the Ventimille market?
Not in the art of cloning erected as a communications strategy.
Not by using and abusing architectural processes where conventional architectural writing is enough to belong, the implication and recognition of an egocentric cultural system void of meaning. 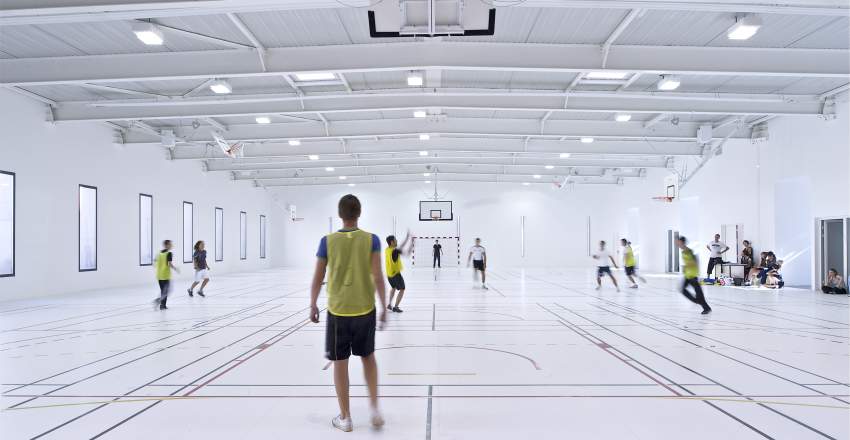 The architectural project is like a beautiful woman, invention keeps the flame alive.

It is commonplace to say that the building is LEB.
Nowadays, there are OCDs (obsessive compulsive disorders) in our profession, if you throw LEB at an engineering office, they will generally answer “external insulation, cladding and wood boiler”
Can you imagine the damage done by the biblical responsibilities now weighing upon the shoulders of the EOs? ?! Save our children !

Never fear, concrete still has a wonderful future ahead.

“Daytime, is for everyday living things, night-time is for strange unknown things». Alphonse Daudet, Letters from my mill”