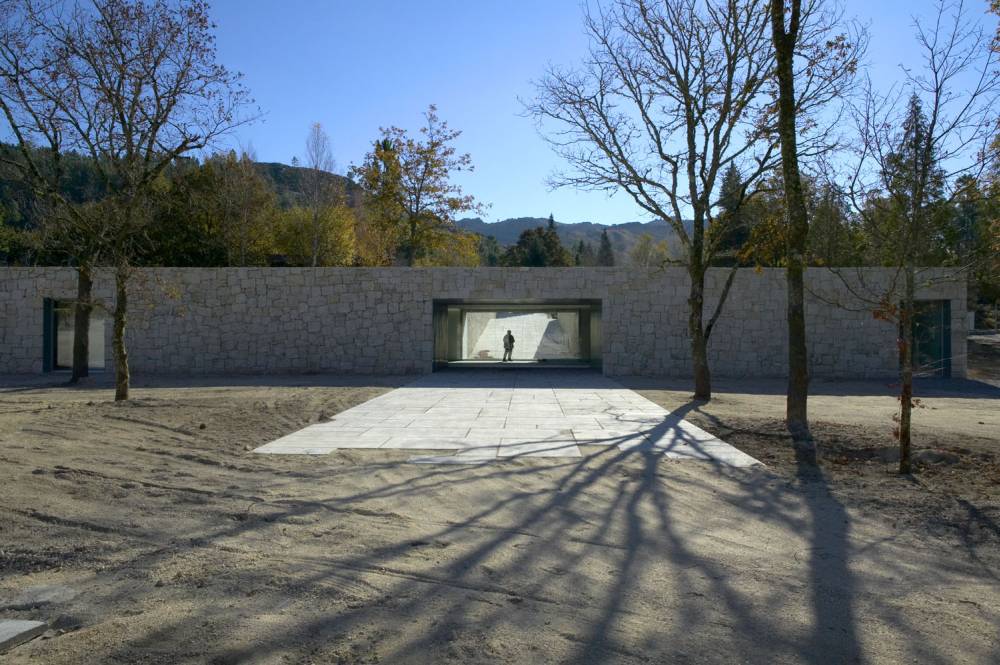 The implantation of the museum arose in such a simple way, such a basic principle as the markings of the Cardus and Decumanus axis, structuring the land, incorporating and organizing existing elements.

First Impressions:
The first visit we made to the intervention site was on a cold and cloudy morning. The atmosphere was serene, balanced. The tall trees, the stone walls, the field that gradually descended to the river. We wanted to maintain the silence that the location transmitted to us. Further ahead an American hermit occupied a large part of the area of intervention with a campsite. Although it began right at the beginning of the process by making surveying the land difficult, the fact that this area was somehow inaccessible created a barrier that we all naturally felt was a boundary for the intervention. 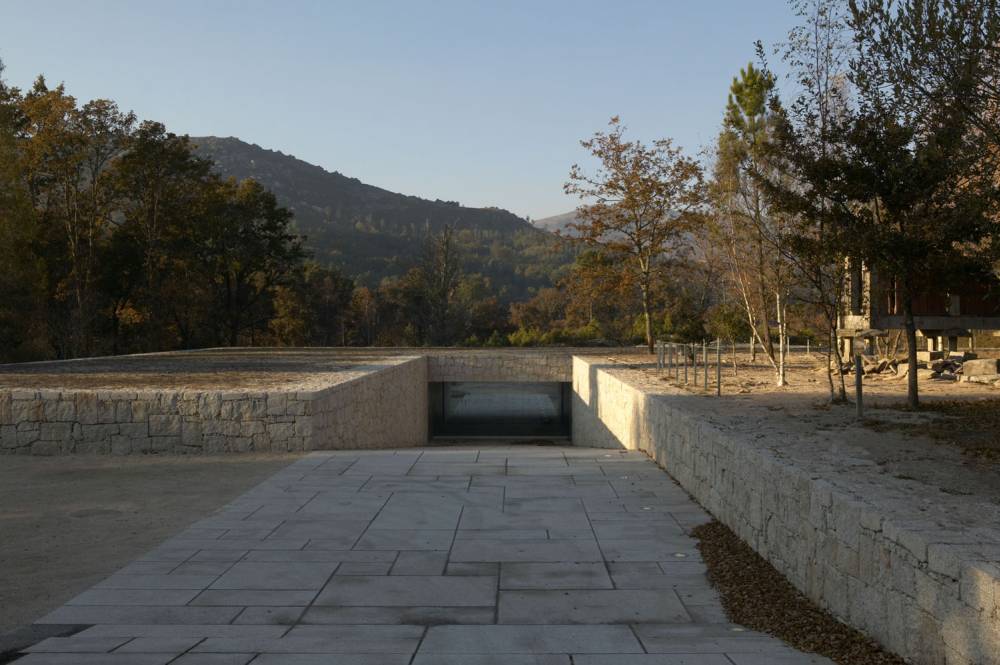 In a way we also found in the theme of the tender, related with the Roman Road, the expression of what we intended for that place.

A gesture. A mark on the land which would help to organise new developments.

A road to travel through the landscape towards the river. The museum should be subtly included within that concept, without disturbing the place’s sense of balance, being a door onto the road.

The implantation of the museum arose in such a simple way, such a basic principle as the markings of the Cardus and Decumanus axis, structuring the land, incorporating and organizing existing elements. 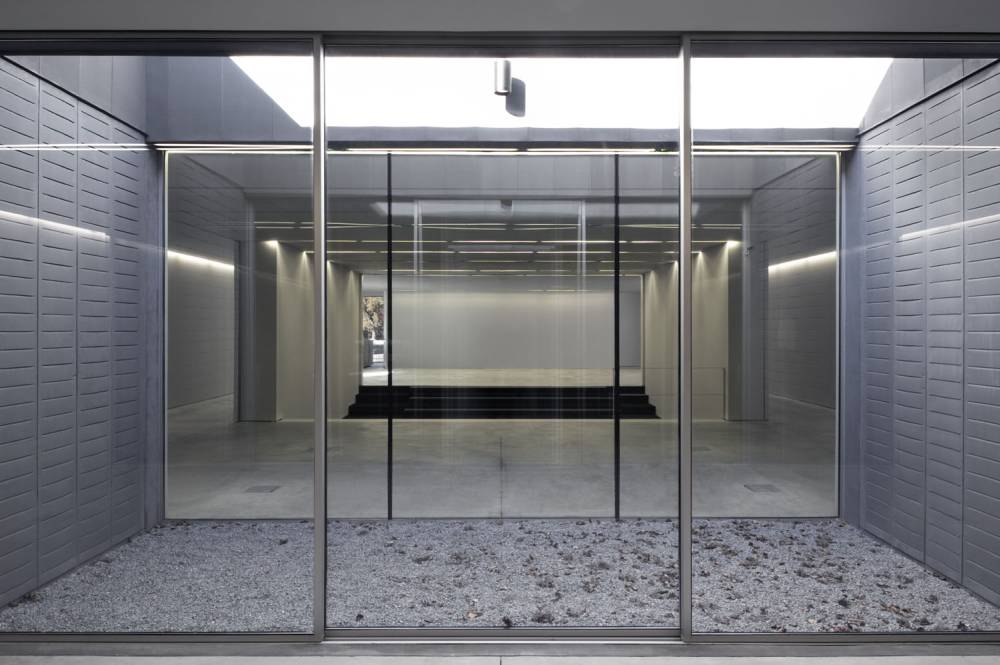 Platform and contention – stone, the solution of continuity:
The building backs onto a wall, lending continuity to the existing platform that supports the “Ethnographic Museum of Vilarinho das Furnas / PNPG” and some granaries. This deployment helps to resolve some situations that are important to the place. On one hand it defines the entry limits and reorganises the access routes to both museums, making them clearer. But it also maintains a visual permeability that develops to the North, to the valley, allowing the place to have a wide visual range. 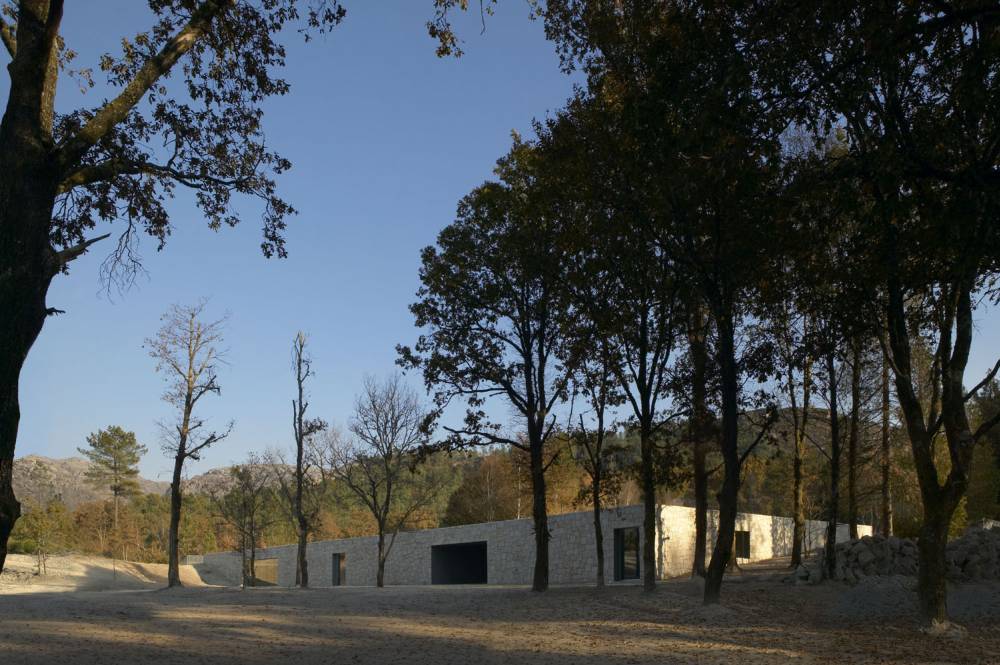 It turns to the river, taking advantage of the light from the North, more suitable for preserving archaeological items and providing a quality light, without major contrasts. This deployment also creates a support to a new development zone, which is structured by a road that runs through the building, running towards the river (as a Roman road). This road is extremely important because it unites the whole complex in a simple and effective way, with a strong scenic and symbolic expression.
This structural axis helps to organise the whole complex, simultaneously creating accesses to the existing museum, to the entrance area with a small car parking area, to the proposed museum, crossing it, and the future areas to be developed to the North. 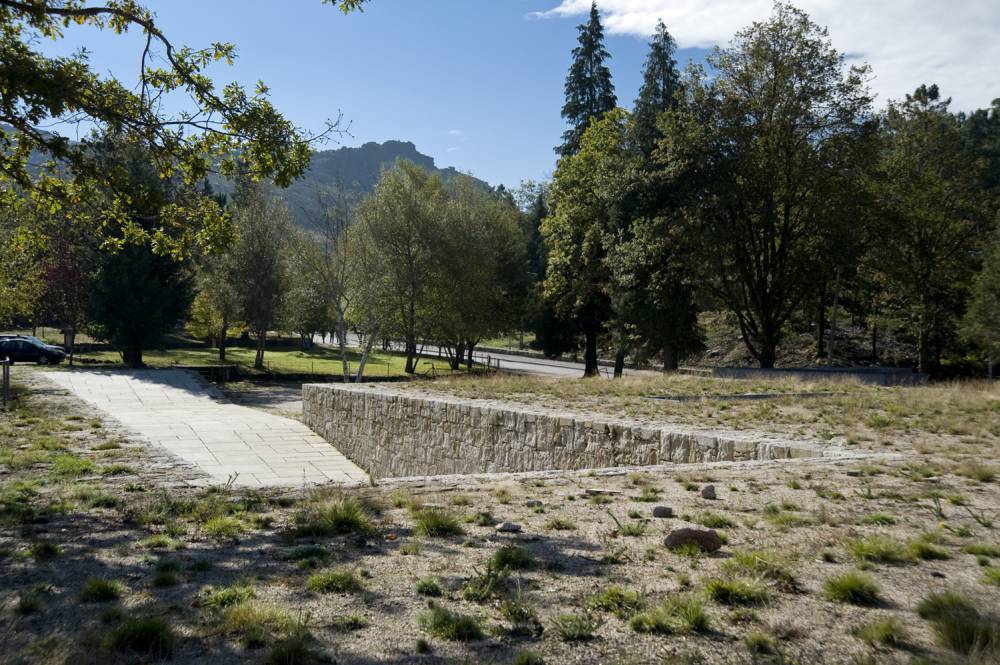 The road:
The building is divided into two areas which can work independently. The program for the area to the West of the road has a cyber-café, a didactic playroom, auditorium and service area. The exhibition areas of the museum are situated to the area on the East of the path, with the various exhibition rooms and the reception area. These rooms are separated by patios which, as well as organizing the space, allow for the entrance of welcome light in the more interior areas of the museum. The entrance atrium is at the intersection of the road with the building. 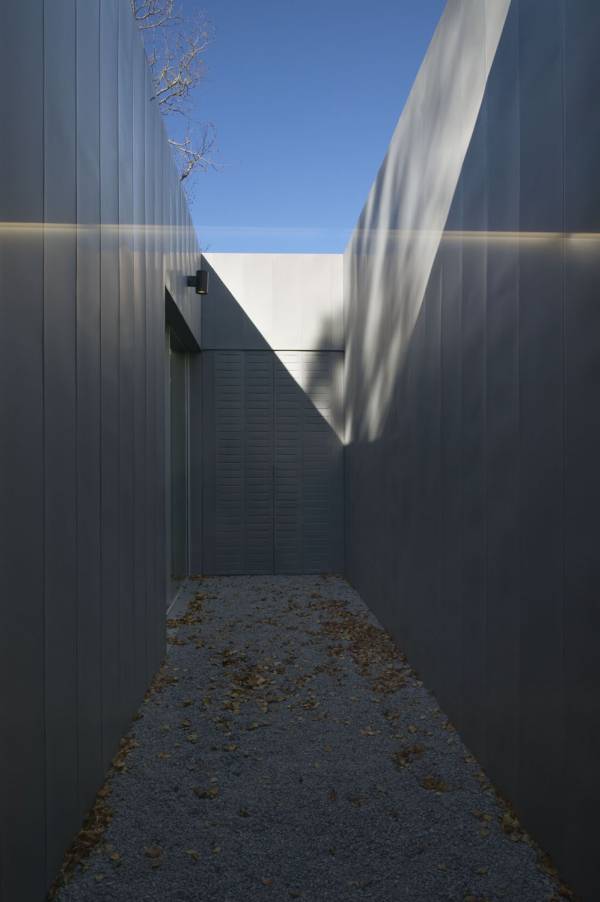 The complex has a system of closure which allows for the two wings of the museum to be closed while still keeping the road open to traffic, allowing the rest of the amenities to function when it is not open.

This possibility accentuates the complementary character of the museum and reinforces the idea of the crossing and the road. 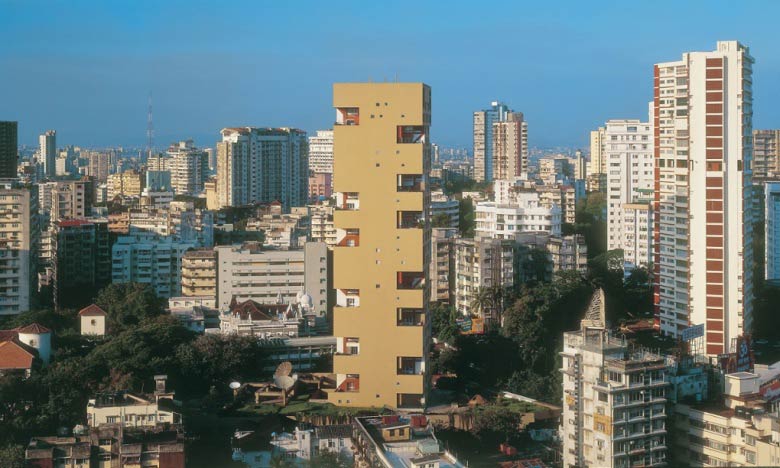 Charles Correa wanted to design a better Mumbai – but the...

June 21, 2015
0
Bachi Karkaria pays tribute to her friend and fellow Mumbaikar Charles Correa, who twice saw his grand plans for the city sabotaged by its politicians