The project, located on an industrial site in Panchkula, India, presented a unique problem for the architects, necessitating them to come up with an unusual solution.

A Furniture factory display center and an adjacent building, both owned by the client needed to be visually connected so as to give them a common facia. The client wanted to present the viewer/guest with a unified front as far as the buildings were concerned. But as per the local by-laws, only metal fabrications could be used to achieve the same. Since, both the buildings had their own individual characteristics and different internal planning, no drastic measures could be employed. A method needed to be devised wherein the desired could be achieved without altering the existing design.
Finally, a concept was developed that would allow just that.

An external screen of expanded metal mesh was unanimously decided as the best solution. Further, to make the design site sensitive an additional layer of FRP panels was added, which also helped in reducing south heat gain.

The FRP panels were created in the industrial workshop of the Furniture factory itself as the designers wanted the exterior to be synchronized with the core of the factory. A mould was custom made for the panels based on the inputs given by the client and design specified by the architects.

The dazzling yellow of the panels was deliberately decided upon to provide a contrast to the dull grey of the metal mesh. The unconventional design of the façade provides a relief from the monochromatic, regular surroundings. 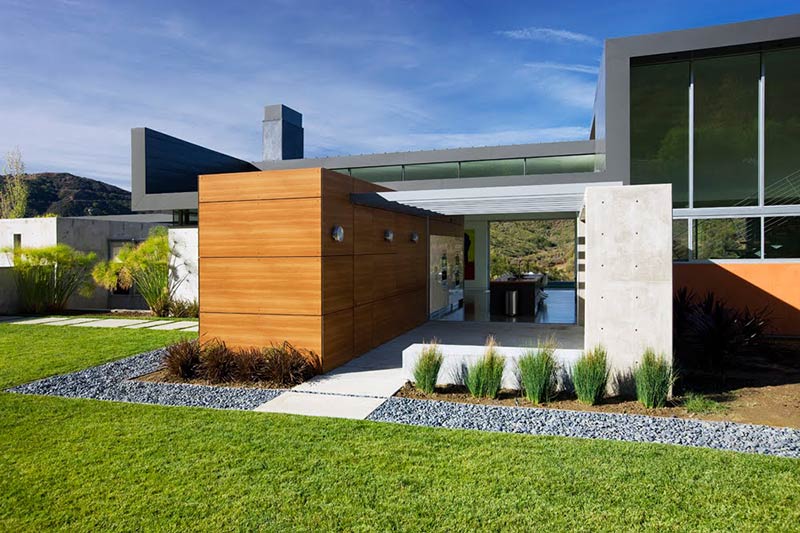 December 13, 2016April 27, 2016
0
When visitors come to your home, the setting of the exterior will determine their first impression about your home ...