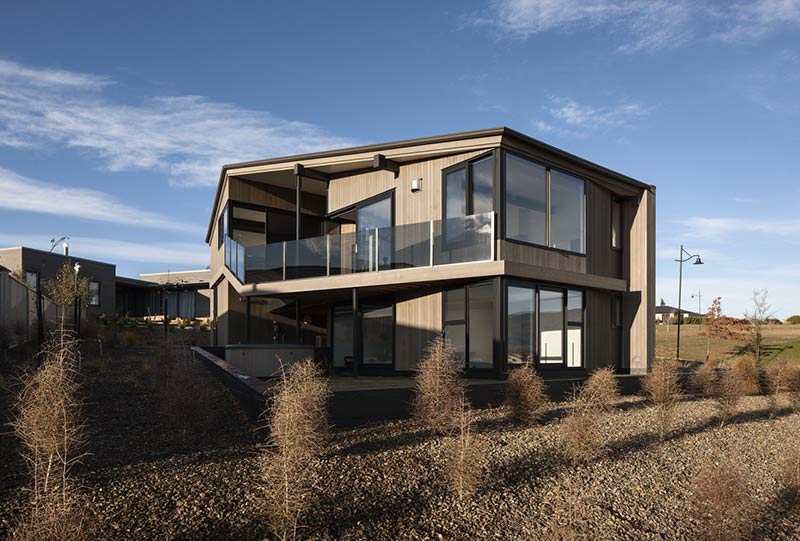 Wanaka is a lake side tourist town in the midst of the Southern Alps, the spectacular mountain range that runs the length of the South Island of New Zealand.

The site is part of a suburban subdivision on a gentle western slope that falls towards the lake.  The craggy ranges of Mount Alta and the Minaret Peaks border the western edge of the lake from the predominant view. 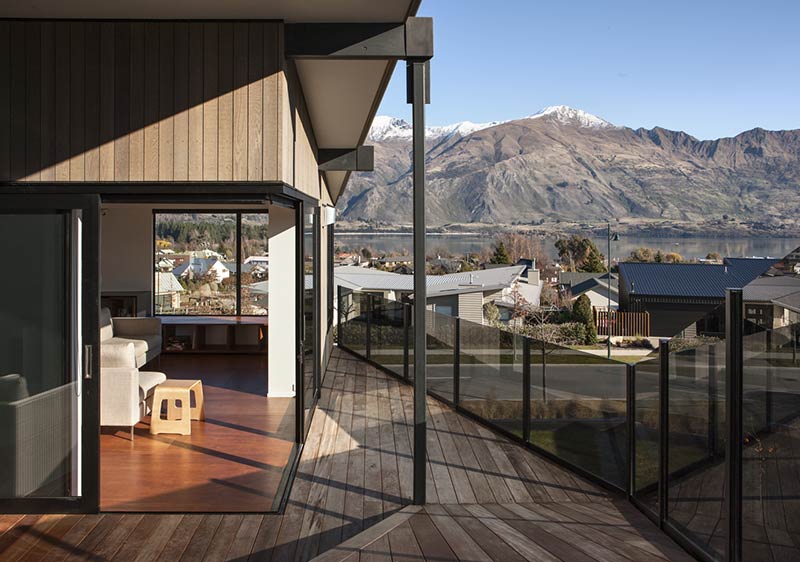 The suburban context was a large driver of the sculptural processes used to develop the design. Surrounding single level houses sprawl over their sites. Sections are cut and filled artificially to facilitate group home type construction with hipped or mono pitched roof forms. The planning regulations drive this type of banal construction with very restrictive recession planes governing the height of the house in relation to the boundary. 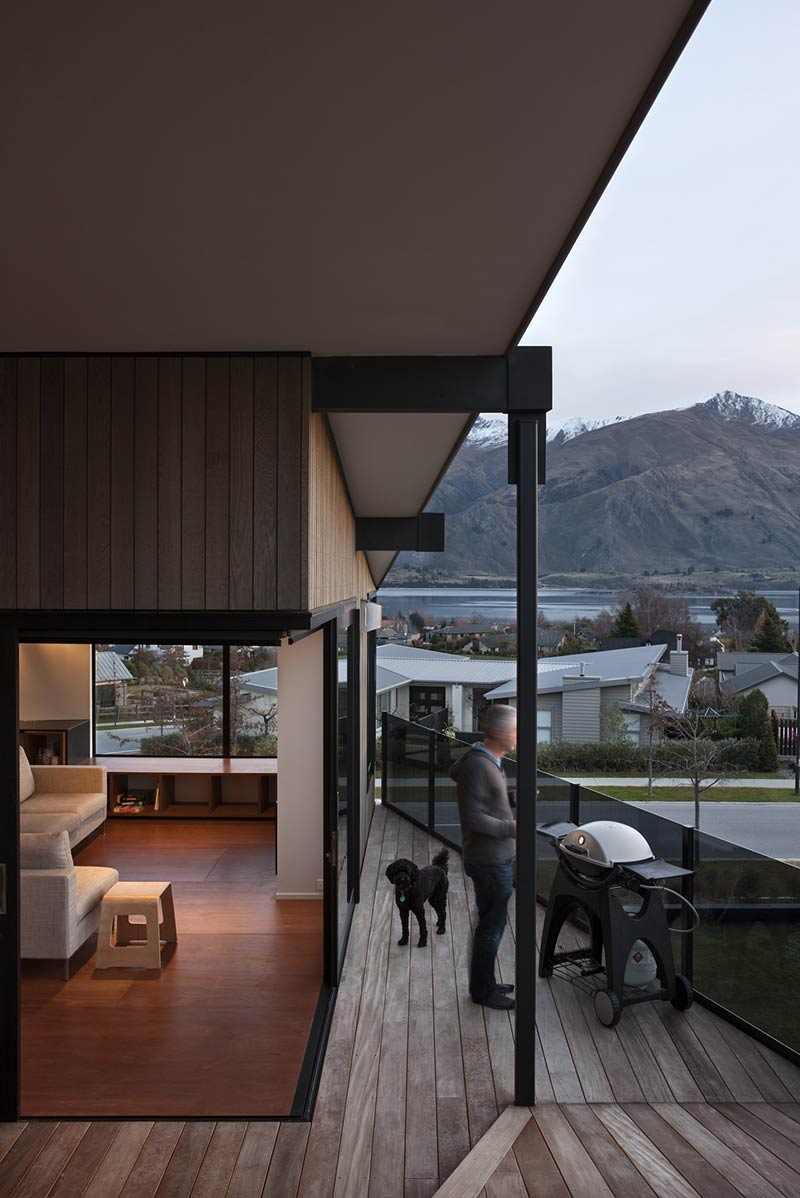 The brief for the house was to provide a holiday home for a family of 5.  The functional requirements were similar to the houses surrounding the site however the client had a willingness to explore new ideas in arrangement and aesthetic of that functionality.

Because of a tight budget and the desire to capture the spectacular views, we resolved a two level house on a minimally sized footprint.  The living area and main bedroom on the upper level look over the surrounding suburban subdivision making the most of the views.  A small building footprint, with well designed circulation allows a housing type which is environmentally, financially and architecturally efficient without compromise in spacial quality. 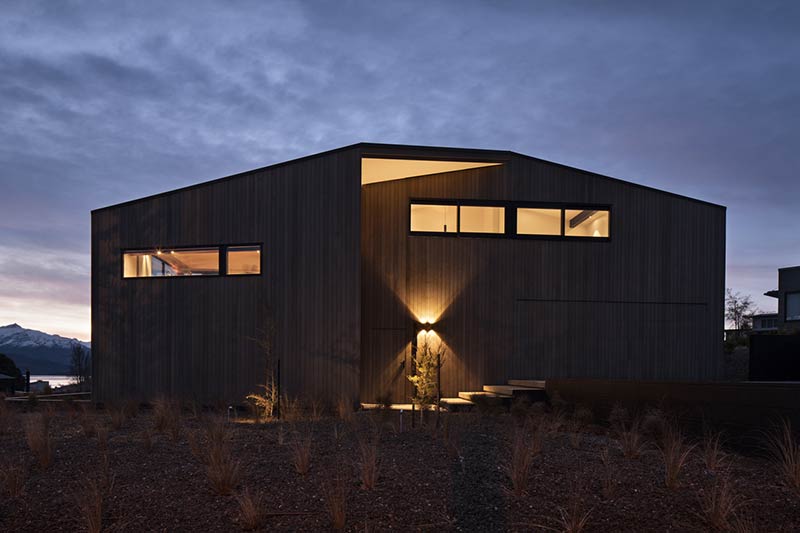 From the street the house presents itself as a sculptural, long gabled, barn like form with the entry and circulation indicated by sculptural play of the roof form. The functional nodes within the house unfurl behind this facade.

The floor levels of the house step down the sloping land. The stepping facilitates the central circulation with each level spinning off the landings of the stair. The circulation is utilised to open up the formality of the simple architectural form and culminates in an open terrace. The open terrace acts as a separator between living areas and the main bedroom and allows access to the view from both the living area and the bedroom. The bedroom is at the highest level of the house and looks over the living area to the lake beyond. 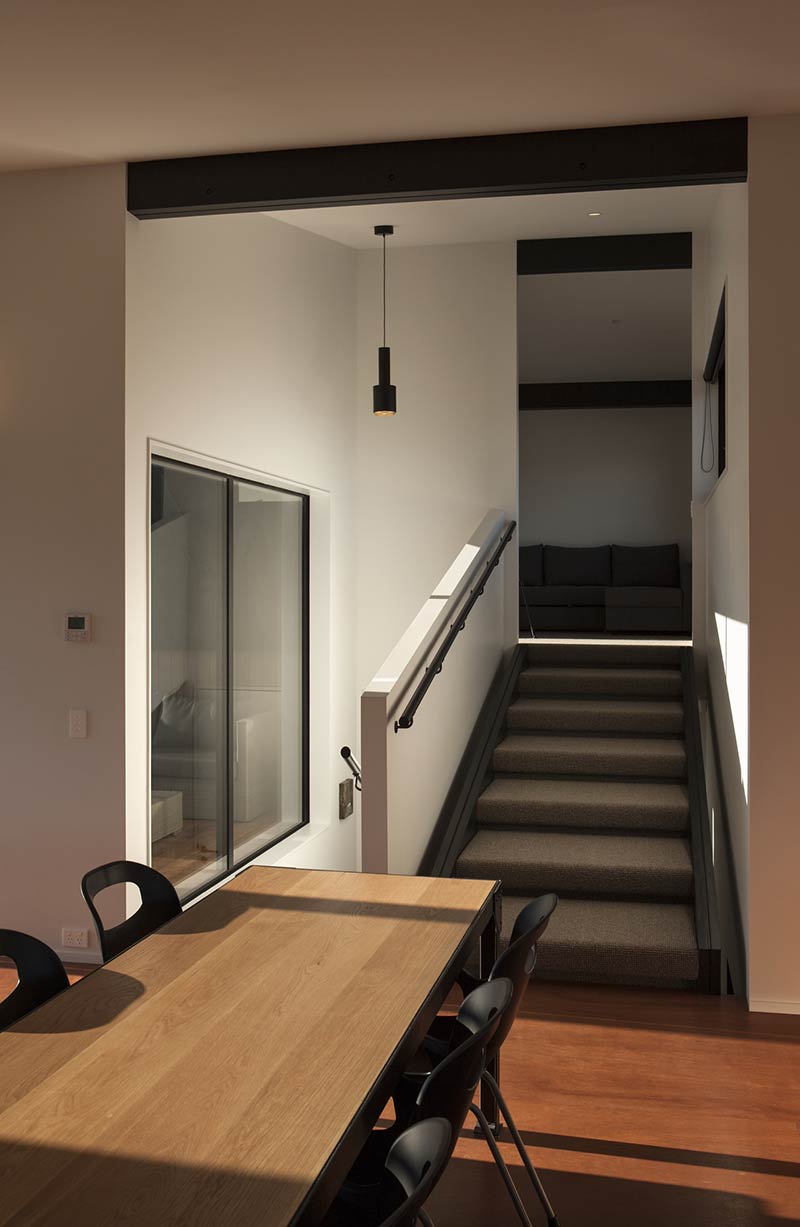 A duplicity of architectural language and strategies frame the mountain and lake outlook while obscuring the suburban surrounds. Long ribbon windows punched into the solid sculptural street facade give way to an open modernist post and beam construction with large expanses of joinery facing the view and sun. The long gable roof envelopes the complexity of the multiple levels and the ramping of the exterior terraces sculptural expresses the programme of the house.