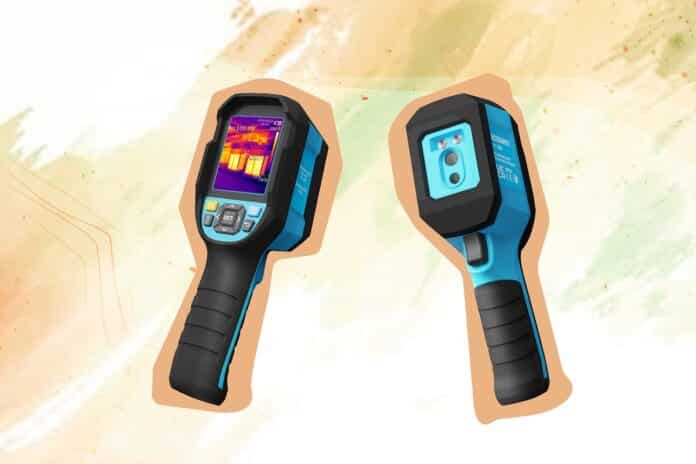 Thermal imaging cameras are more efficient at night because the environment around the objects and living beings are colder at night. Therefore, they can detect heat signatures against cool backdrops more quickly than they would during the day.

Small, compact, and portable– the best thermal imaging cameras can detect heat signatures of almost everything.

As these devices come with integrated visual displays, users can identify hot and cold spots. However, have you noticed that thermal imaging cameras detect heat signatures better at night than during the day?

If you want to know why they are much more efficient at night, then jump into the deets!

The History Of Thermal Imaging Cameras– When Was It Invented? The roots of thermography or thermal imaging can be traced back to more than 200 years ago when William Herschel, a German-British astronomer, discovered infrared.

Despite that, the first electronic television camera with infrared sensitivity was invented in 1929 by Kalman Tihany, a Hungarian physicist for British air defense. Soon after, the technology spread quickly across the Atlantic.

Throughout the 1970s and 1980s, handheld thermal cameras were invented, which were far more user-friendly and versatile than those developed previously. However, these devices were expensive, so it was out of reach of an ordinary person.

Only in the early 2000s pocket-friendly thermal imaging cameras were introduced, which took the market by storm and were used in various industries, including medical diagnostics and autopiloting systems.

How Does A Thermal Imaging Camera Work?

Did you know that everything in the universe– living or non-living– emits infrared energy? Also called thermal energy, infrared energy is basically a heat signature that is invisible to human eyes.

Only thermal imaging cameras can detect and measure thermal energy because they are equipped with a special sensor. To detect different temperature values of various objects in the environment, you just need to point the lens of a thermal camera toward that particular surface.

Within a few seconds, your thermal imaging camera will capture that surrounding and turn it into a thermal image, so you can detect issues hidden from the naked eye. They use various color palettes to show temperature differences, such as ironbow, arctic, rainbow, white hot, etc.

Cooler objects might be displayed in purple and blue, whereas orange, yellow, or red colors may be used to show warmer items. However, what’s particularly impressive is that users can adjust the color palette to their preferences.

Therefore, identifying cold and hot spots won’t be difficult for users. And if you’re in the forest for hunting, you’ll be able to spot animals hidden in the thickets easily because of the color palettes of thermal imagers.

Want to detect which pipe is leaking behind the wall? Simply grab the device, point it towards the wall, and it will display unusually cold spots in blue or purple colors right away.

Why Do Thermal Imaging Cameras Work Better At Night?

Most people believe thermal imaging devices rely on visual light like other cameras. However, that’s not true– thermal cameras aren’t dependent on the amount of light present in surroundings to ‘see’ infrared radiation emitted by objects or living beings.

As a matter of fact, thermal imagers detect heat from surfaces or objects in their field of view, which it then displays as thermal images on the LCD screen. Every thermal imager uses a color palette to display the captured images.

For instance, a hunter can detect a deer better at night than the day because it’s warmer than the shrubs around it. Likewise, detecting leaks in water pipes will be easy at night because they are cooler than the concrete wall behind which they rest.

Now, this doesn’t mean that they are completely inefficient during the day. They do detect heat signatures during the day but identifying hot and cold spots in certain areas becomes challenging.

For instance, a thermal camera may not be able to detect temperature differences of bare ground or rock during the day because they absorb heat energy from the sun. As such, everything in the surroundings gains in ambient temperature, so they become less identifiable from other warm items.

Conversely, when you capture the same environment at night, your thermal camera will detect warm objects or living beings better because the surroundings cool down. Therefore, electric wires, animals, and people are likely to stand out against the cool background.

In simple words, the lower the temperature of the environment, the easier it will be for thermal cameras to detect the target object.

Night Vision Cameras Vs Thermal Imaging Cameras– Which Is Better?

As against a thermal vision device, night vision devices like cameras, scopes, and binoculars are less expensive. However, you get what you pay for, meaning they aren’t as versatile as the former, and their functionality is also limited.

Night vision works just like human eyes or a regular camera because they depend on visible light to see surroundings.

Unlike thermal imaging cameras, the only downside of night vision devices is that they aren’t usable during the day. And in case you use night vision goggles during the day, the bright light will damage the unit. Furthermore, they are efficient only in total darkness and display green-tinted images.

Conversely, thermal imaging cameras detect heat signatures both during the day and at night, which makes them perfect for hunters and other professionals.

Sure, thermal imaging cameras detect hot and cold spots behind the wall, rocks, thickets, and whatnot, but that doesn’t mean they can “see through” walls.

Like, you won’t be able to see through concrete walls because they are thick enough to prevent infrared radiation from passing through.

Glasses also block infrared radiation from passing through, and that is why most people conceal themselves behind them to avoid getting detected by thermal cameras.

The only area where a thermal imaging camera falls short is that it doesn’t function underwater.

Simply put, water forms an opaque barrier that obstructs infrared wavelengths. For this reason, you won’t be able to detect heat signatures underwater because the waves they detect don’t flow through water easily.

That is why detecting heat signatures submerged in water is challenging.

Some of the common fields where thermal imaging cameras are used are as follows:

Finding a leaking pipe behind a wall is challenging, and tearing down a whole wall isn’t wise. On such occasions, plumbers use thermal cameras to detect leaks that aren’t visible to the naked eye.

As the device can be used from a distance, it is an excellent option for pinpointing leaks in hard-to-reach areas or places, exposing plumbers to dangers.

When it comes to detecting joints that are at risk of overheating, electricians use thermal imagers. That’s because they locate parts that emit higher heat signatures accurately than other devices. Thus thermal imaging cameras can accurately detect the joints and parts without failure.

Not just that, but a thermal imaging camera can also spot devices or loose connections that are starting to malfunction and need to be replaced.

Thermal imaging cameras are popular among firefighters because they help them see through smoke during rescue operations. In places where a fire outbreak occurs, these cameras come to the rescue of firefighters as they allow them to detect people stuck at the accident scene.

Surprisingly, a thermal imaging camera is used in the animal and pest management field to detect animals or pests that are invisible to human eyes.

As such, it can help spot pest infestations in dark areas from a distance, including termites. Besides, thermal imagers allow researchers to conduct wildlife surveys in a non-intrusive and non-invasive manner.

Healthcare and medical industry has been using thermal imagers for years to detect temperature anomalies or fever.

Not many know that these devices were used in airports in recent years when there was an outbreak of diseases like Ebola and SARS. As such, they were used to scan outgoing and incoming passengers to detect body temperature.

Recently, they’ve been proven effective in diagnosing circulatory problems and a range of disorders connected with the limbs, back, and neck. To sum it up, thermal imaging cameras are highly efficient at night because the temperature of the surroundings drops after darkness. Therefore, they can detect temperature differences well.

However, this doesn’t mean that they are completely inefficient during the day, like night vision cameras. Even during the day, they detect heat signatures fairly well but may not display temperature differences as accurately as they do at night.

On that note, we’ve reached the end of our guide. Whether a hobbyist or a professional, you can consider investing in a premium-grade thermal imaging camera with high infrared sensors because they are rather versatile.

That’s all for today. See you later! October 20, 2022November 11, 2022
0
Finding the best bidet cover kit can be a challenging task and might leave you exasperated. But Tushy and Toto Bidet are widely considered...