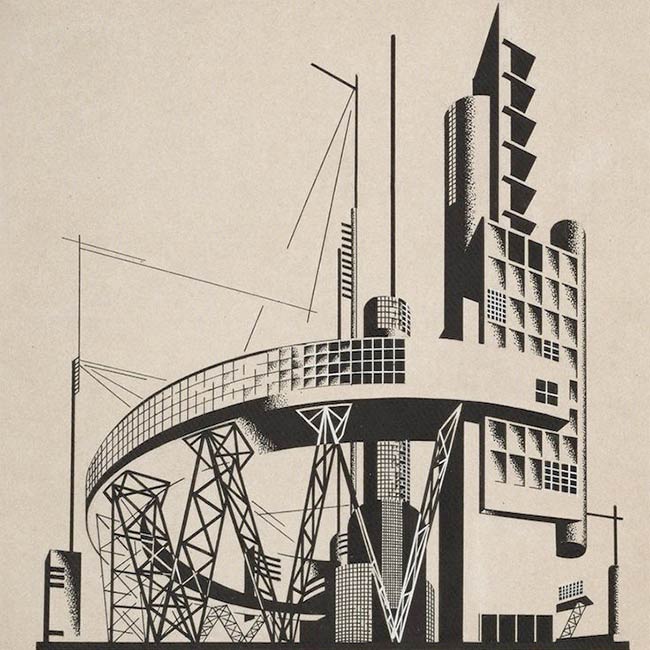 Iakov Georgievich Chernikhov was one of the most outstandingly original artists of a period which produced many great talents. He was born on December 17, 1889 in the Ukrainian provincial town of Pavlograd, and studied first at Odessa College of Art, from which he graduated in 1914, and then at Petrograd’s famous Imperial Art Academy, now the Russian Academy of Art. Here he studied painting and education before switching to the architectural faculty in 1916.

One year later, Chernikhov completed his teacher training and his degree thesis on methods of teaching drawing. He was called up for military service in 1916, but managed to continue studying, working, and teaching, though he was unable to resume his studies at the architectural faculty of VKhUTEMAS [the Higher Art and Technical Studios, previously the Academy of Art] until 1922. By the time he completed his degree in 1925, he had gained many years’ experience of educational theory and practice.

From 1927 to 1936 he worked for various architectural firms, designing and building a large number of projects. Until his death in May 1951, Chernikhov also continued to teach a wide variety of graphic arts subjects, including representational geometry and construction drawing. He became a professor in 1934, and was granted tenure the following year.

The Story of Feng Shui of Full Glass Front Doors