19 Home Security Mistakes That Put Your Family at Risk

Did you know that over 33% household burglaries in the US happen through the front door?

Food for thought, isn’t it?

Home security has become quite an urgent issue at hand, and it has resulted in not only property loss, but affected the mental health of a large group of people.

Forget the pain-stricken idea of leaving your home to well-suited guards or heavy security machinery that takes at least months to get used to.

While you were wondering, “How did they get in?”, we spent time asking slightly different questions such as “What could I have done to prevent this break in?”, “What did I miss?”… More often than not, what really lets us down and lets them in is our lack of common sense.

It’s said that common sense is a super power, not everyone has it. Jokes apart, if we are really careful with all the ordinary elements of security, home security wouldn’t be the ever-trending horror as it is today. Here are some extremely common, mundane mistakes of the day that put our families at risk:

Fences provide security. It deters random people climbing your house and entering through the backyard. But this very reason could also reduce your chances of security. Extreme fencing around your home may hide the front door from the visibility of the main road.

If someone reaches the main door unseen, breaking it is just a matter of time. So, always see to it that the main entryway is always clearly visible from the street. 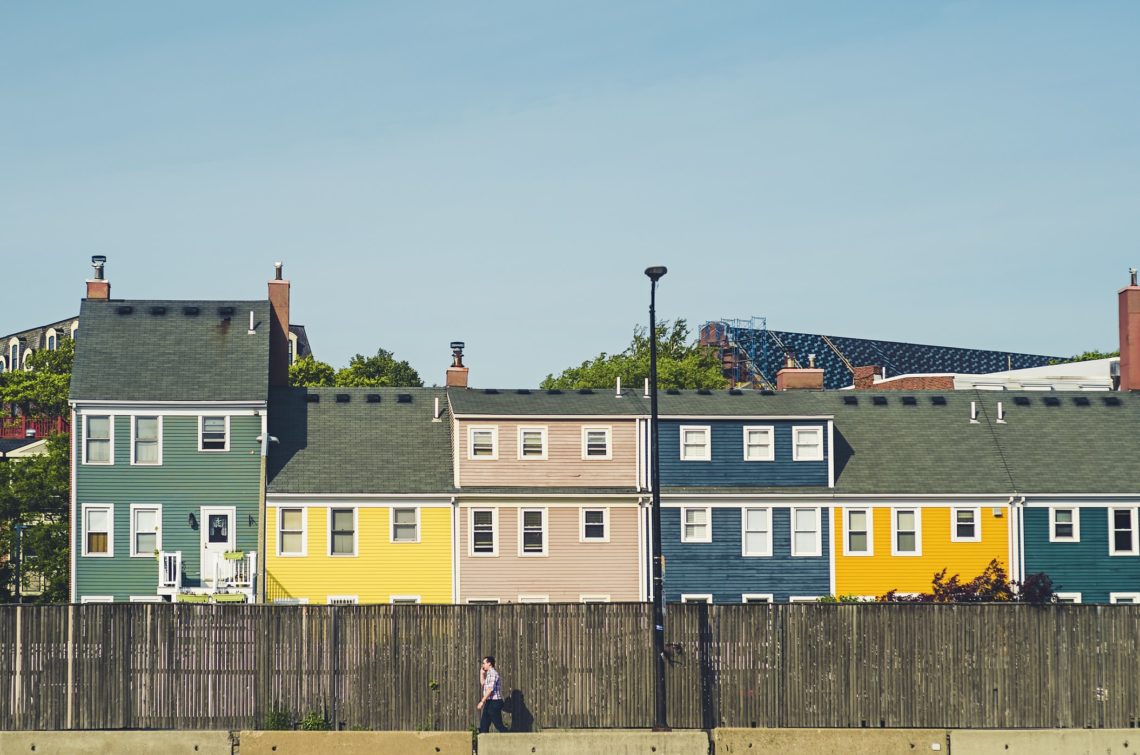 Going easy over doors and windows

Another deed of carelessness that costs us heavily is leaving the doors and windows unlocked. It also comes from depending heavily on electronic gadgets of security. So much so that we tend to forget the basics.

Doors and windows are the key entry points of burglars and thieves. You would prevent unforeseen events at your home by just remembering every time to lock them before you leave.

DO NOT leave your keys outside

Everyone watches films and the idea of hiding your keys anywhere near the door is an idea of another era now. Burglars can sniff keys out (not literally, don’t panic!) if they are around. 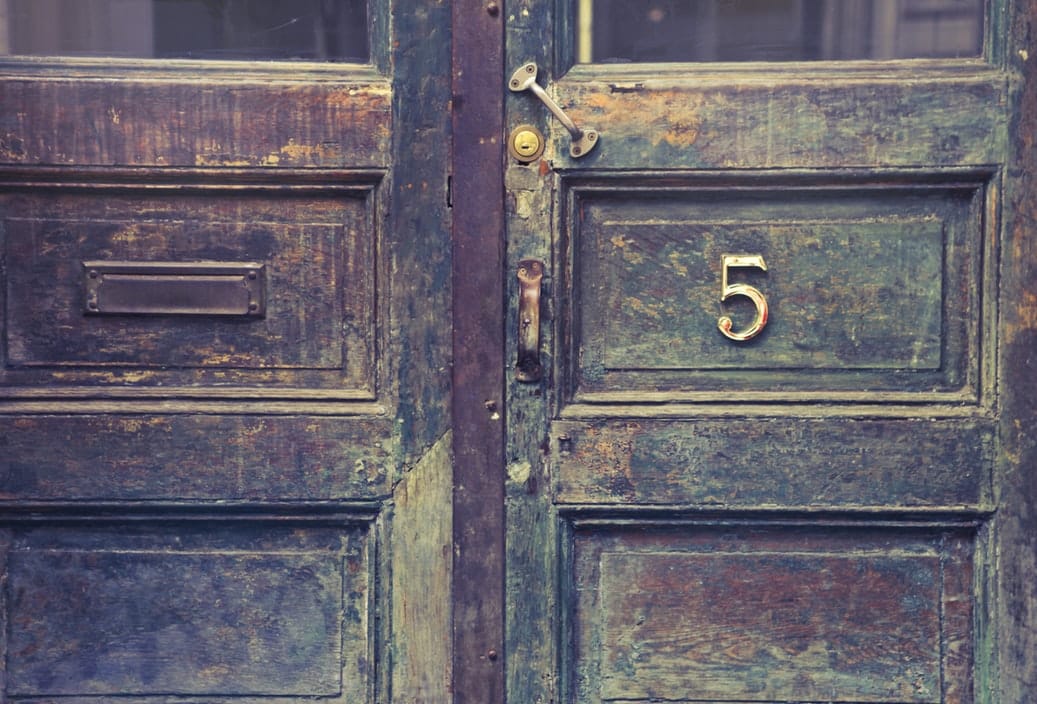 First they go for the welcome mat, then the window sill, and finally the plants nearby. The farther your keys are from your home, the safer it is. Attaching a hook and your keys to a rock and hiding it underneath many more is a nice idea to look at.

Too many plans shared publicly on social media

We are so eager to share any good news with the world, right? Whether we are traveling or on our way to pick our cousin up from the airport, we post and share everything under the sun.

But it is tricky to share everything publicly on any social media as anyone could look up words and hashtags like #outforatrip, #traveldiaries and many others. We are not asking you to stop sharing stuff but watching over the visibility of your posts. Lesser the information about you out there, the safer you are. 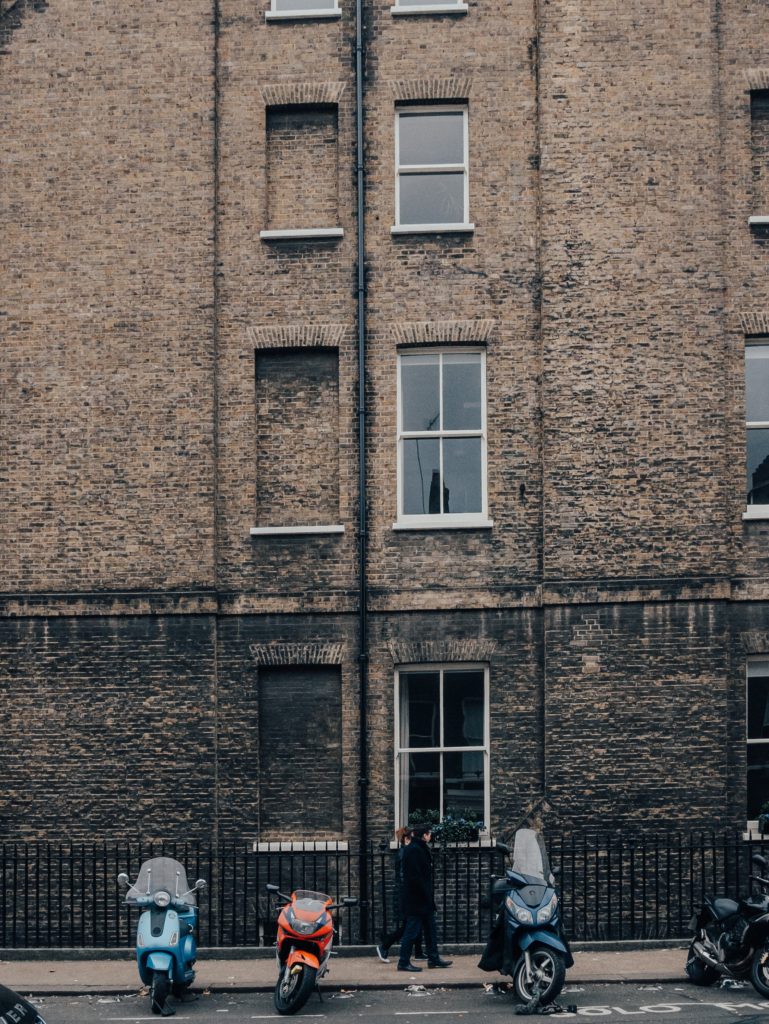 Many have rebuked this age-old tactic of repelling burglars and thieves, but it comes to use many a time. Think about it, you put your radio on as well as the lights and draw the curtains.

Passers-by would imagine people are present in the house and that would deter them from getting too curious.

Posts and mails pile up near your door

Mail pile-ups are like scents of prey for robbers. They are noticeable from far-away and great signifiers of absent home-owners. It is always advisable to inform the local post office to freeze mails during your travel period.

Alternatively, you could also ask your neighbor to check up and collect anything that has piled up near the door every two days. Remember, most cases of burglary and break-ins are reported when the owners have been on tours and vacations.

Avoid this at every cost. It is crucial to keep the garage locked at all times because it is a heavenly route to the rest of your house. Moreover, not only robbers can hide in your garage. Fatal and dangerous incidents can lead from an open garage. 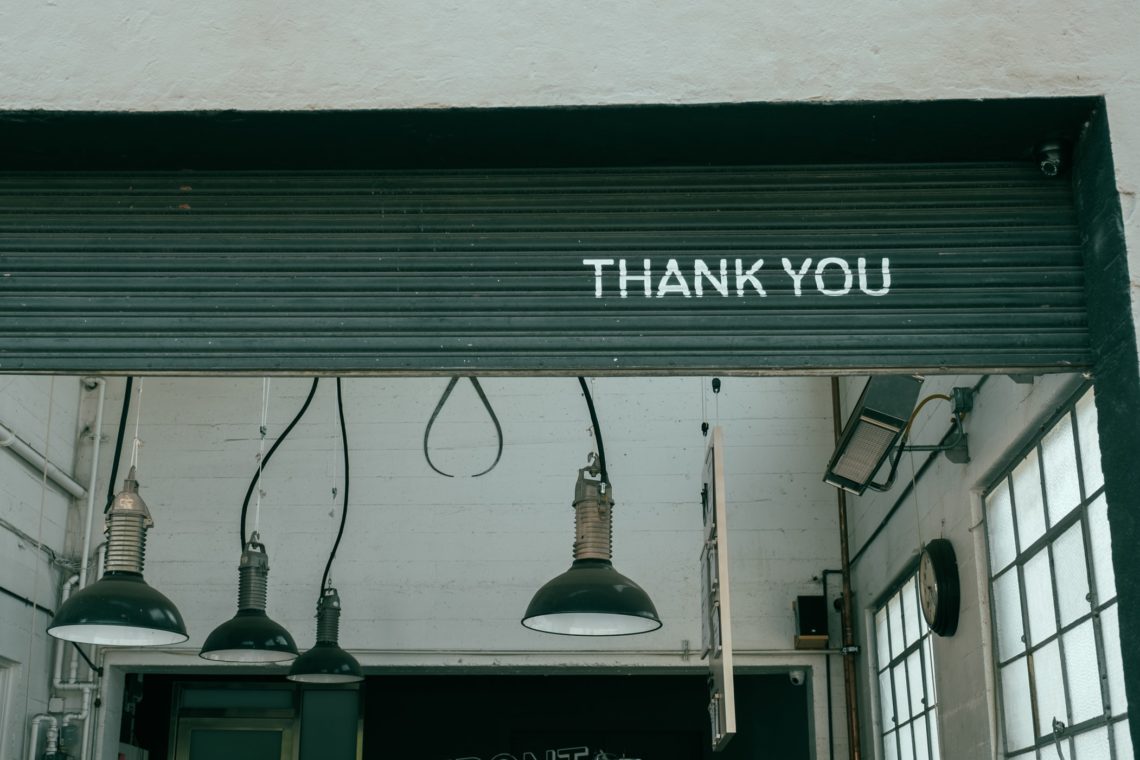 The point being, any open gateway from the outside world to the rest of your house is too huge a risk to take, and very costly as well. The loss is not just in terms of money!

It is an oversimplification to state robberies take place during nighttime. While it’s true that darkness suits burglars the most, but out of all they prefer an empty home.

This means they would target homes when everyone is either at school or at work. So before you make a run for office, turn your alarm system on, shut the doors and windows properly and switch the music system on.

Being a miser on the locks

Spending on expensive locks is always better than walking into an empty house. Cheap locks are susceptible to burglary tricks which are getting smarter with each passing day.

There are many kinds of locks and having a combination of good locking systems will prevent any forced break in. You will thank your stars later for not getting robbed after you return from your vacation, but actually, it’s the locks.

Well, if you left your ladder standing splendidly to the 2nd floor and you are reading the article now, turn back. Turn back right now. Ladders are portals of good luck for thieves and robbers.

As carrying anything close to a ladder arouses unwanted glares and suspicion, a ladder left just like that is a goldmine of opportunities for them. We understand it takes time to fold it and replace it, but invest the time and save the rest of the hassles. 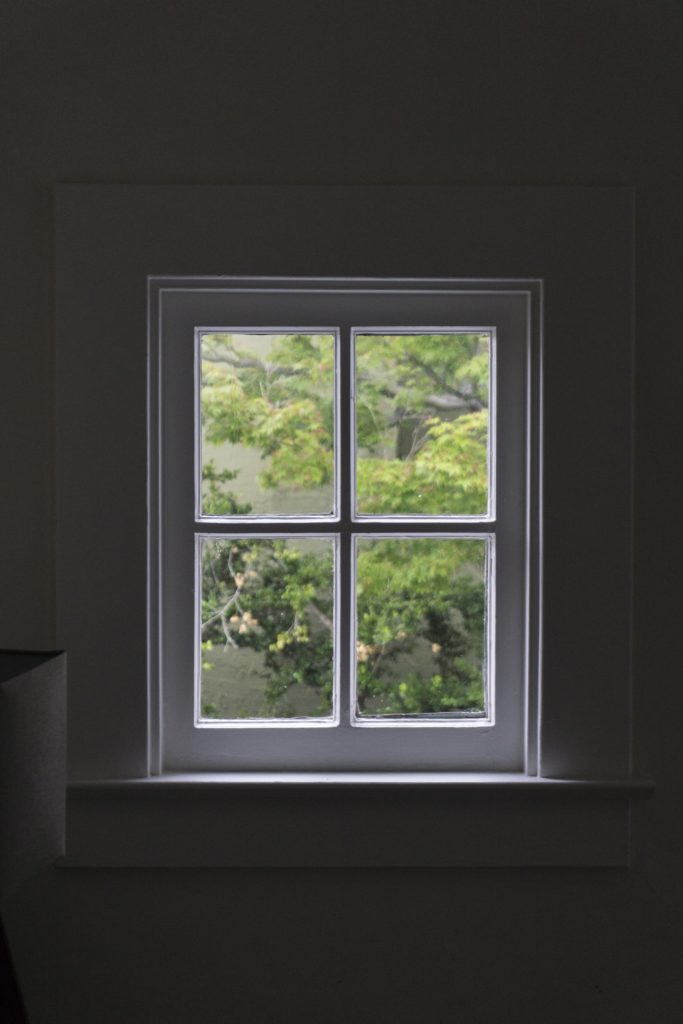 Keeping valuables near the window

The outside view of your window is another prime factor behind you getting robbed or increasing chances of the same.

If any valuable commodity is visible from the outside it will attract curious people, and we don’t mean ‘curious’ in a good sense. Anything that is alluring should always be kept away from the purview of outsiders. No one should be able to guess what you possess from outside.

Depending on the guard dog way too much

If you are living in a society or complex that has a guard dog, it is a nice idea to have them around. They are far more efficient than men at times. Yet, it would be a blunder to trust them beyond an extent.

Dogs are mostly friendly creatures and they can easily be impressed by treats. Worse cases include they being poisoned by thieves and robbers. The same applies for pets at home unless they are relentlessly trained to become guard dogs. So, beware!

No one needs to know about your latest smart TV, right? More so the people who are on lookout for valuables!

You must maintain it strictly not to keep the old packaging boxes of expensive items in your backyard or open garage. It will garner unwanted attention and many might actually start keeping notes and tabs of your place.

From time to time, look at your house. Look at the trees, bushes and behind doorways. Is there any scope of any corner being a good hideout for thieves if they could successfully sneak in?

This is one major mistake we commit owing to our carelessness. Despite all tough security measures, these minor cracks in your firewall will cost you enormously. In 2009, the county of Alabama reported the maximum number of break-ins when no one was at home while CCTV footages showed people coming out from the bushes.

Make sure all the fault lines of your home do not lead to any doorway or window.

You aren’t familiar with your neighbor

Neighbors save the day! Even if a burglar alarm raises chaotic noises, they are useless if they aren’t responded. By the time you reach your place, the house is already empty.

This is where neighbors come to play. It is a symbiotic relationship with one another on which our well-being depends. But today, owing to our lack of association with the people next door, break-ins have increased manifold times.

Alarms go ringing with no one to cater to the emergency. So, a friendly neighborhood is a safe neighborhood and always try to stay in one.

We tend to save up on electricity with dimming the entrance and outdoor lights. Also, the diffused light looks good in the evenings. But this very aesthetic arrangement could also be a major factor behind break-ins.

As lights are dimmer, rather than actual silhouettes, dim shadows are visible of people standing in front of the main door. Shadows are rarely paid attention and this gives thieves a hearty chance to burst through the open door, before everyone’s eyes and yet, none noticed! 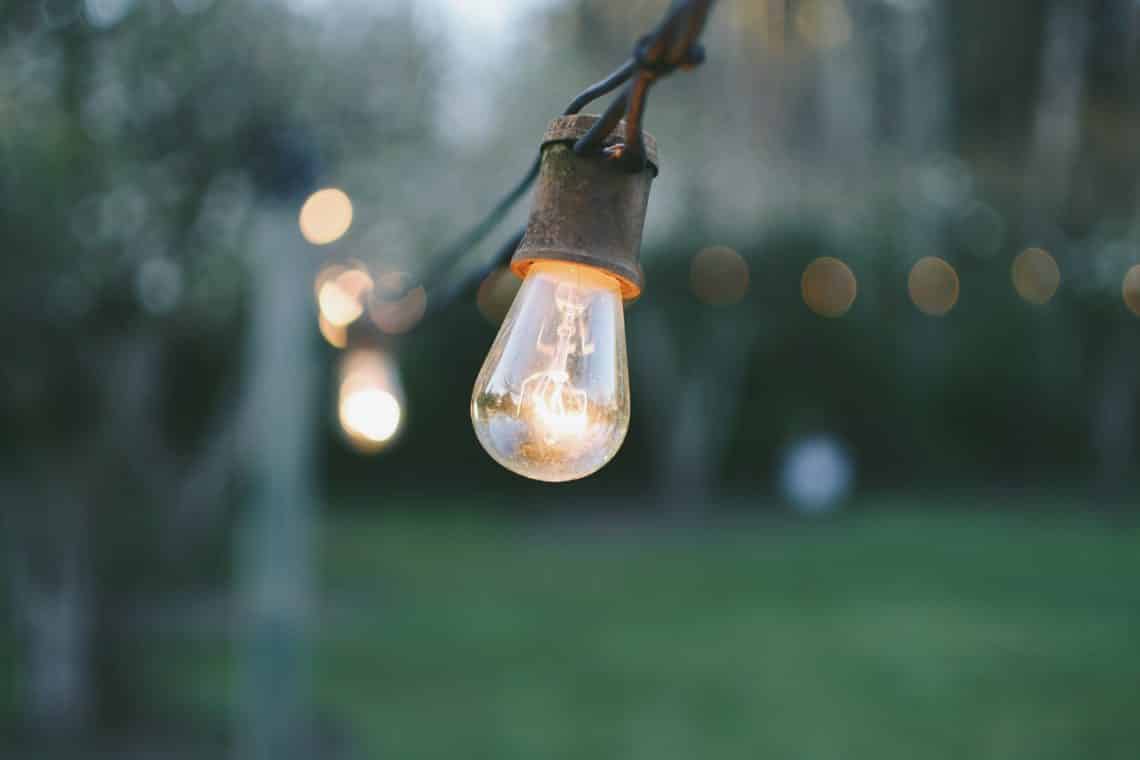 Is your alarm system in sight?

Take this: a lot of your home security depends on which part of your house you install it. Alarm systems that come in direct line of sight from the street significantly increases the chances of robbery and break-ins.

Always hide your security systems from the view outside the street, so that no one can pull any stunt and come prepared beforehand to hack it. Getting your alarms out of sight, tracking the exact GPS locations of delivery guys of goods coming in your absence, all are crucial elements of home security.

We forget to deflect our precious item deliveries to our neighbor’s homes and they get stacked up at our doorstep while we are away. Much like mails, and perhaps more alluring are unopened delivery packages at the main doorway.

It affects you in two ways: (a) the information that you aren’t home is public and (b) the loss of packages from your front doorway is also a thing to consider.

Depending on a humongous usage of gadgets

Gadgets are only as good as you want them to be. There is a very popular notion that going for the latest security gadgets and updating them regularly is the key to prevent break-ins. It’s just the opposite.

One must understand that gadgets are there to alarm us. They cannot police our homes and apartments. For that we still need human cooperation and carefulness. Rather than spending on gadgets, it is always advisable to spend your time focusing on the mundane basics of security. 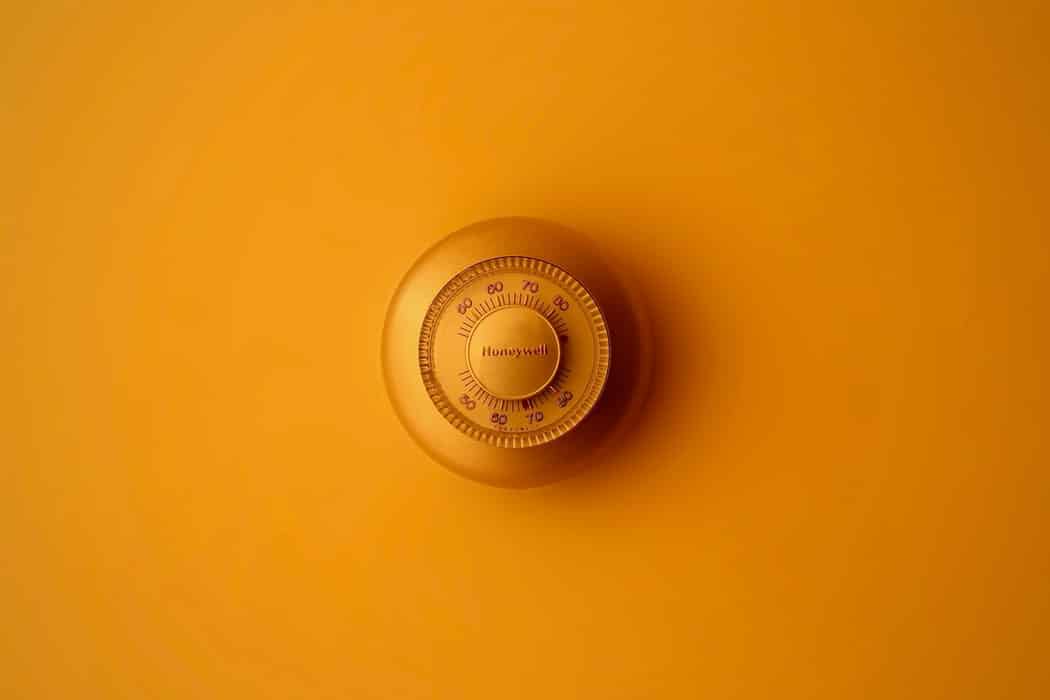 So, the idea of applying common sense is not just safe, it saves you a hell lot of money and prevents your happiness from getting a scratch. No one wants a tickling thought at the back of their head about who might be sneaking in while they are sitting by the Langkawi seaside.

Heavy fencing and overconfidence on gadgets are the primary reasons of burglaries and it is never a happy site to come home to. More than loss of money, it leaves a scar in your mind and a permanent state of horror would reside in your mind for years to come.