What Is A Pony Wall? | Things To Know 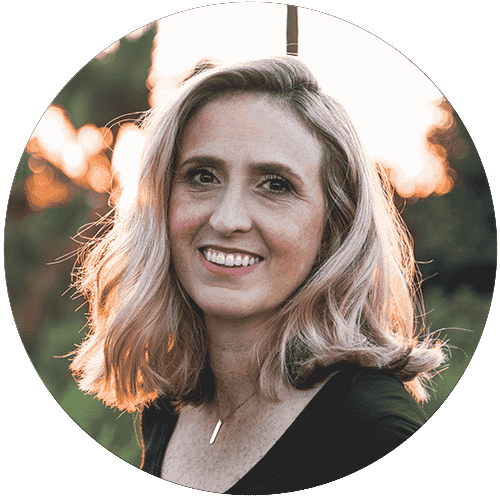 You may have come across the term “pony wall” or “half wall” while going through architecture magazines and might have wondered what they are.

Pony walls were ubiquitous during the 1960s as an effective and convenient way of creating divisions and separations within rooms. Despite the popular misconception that pony walls have gone out of trend in recent years, they can still serve as nifty additions around the household.

Indeed, pony walls are coming back in style in many modern home designs, and architects are finding new uses for them. If you are curious about these half walls and are planning to get them installed, it’s best to learn all you can beforehand.

That said, this excellent guide will provide you with all the relevant information, so, without further ado, let’s begin!

Origin Of The Pony Wall 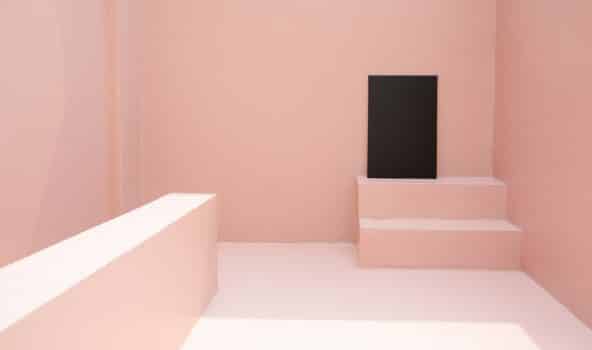 Over a hundred and fifty years ago, Walter Clydell, a farmer from Nebraska, began building short walls so that it would become more convenient to see into the horse stables. His invention was called “pony walls.”

And as the name pony wall spread, its popularity also grew, from being used in farms to households and even commercial spaces. Over time, pony walls became synonymous with knee walls and half walls. However, bear in mind that pony walls differ from them in various ways.

What Is A Pony Wall?

The term “pony wall” is generally used synonymously with “cripple wall” or “knee wall.” However, these are not the same, and a pony wall has some distinct differences. Like a full wall, pony walls also have plates at the top and bottom, with vertical studs locked onto them.

Similarly, the commonly-used 24 or 16-inch spacing used in other areas of the house is applied while installing these pony walls. And if pony walls have exterior surfaces like foundation walls, they will require structural sheathings, like OSB or plywood. 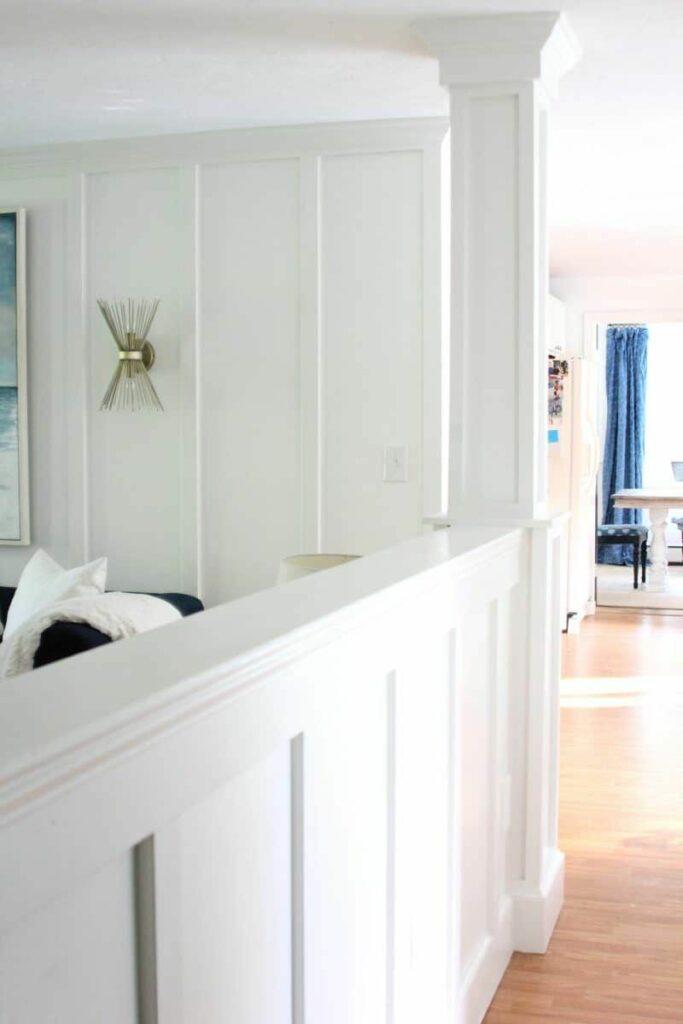 With that in mind, here are some of the most common ways in which you can use a pony wall for your needs:

A load-bearing wall is one of the two basic types of walls. These walls support the overhead weight. And while pony walls are not load-bearing and are instead used to create partitions, you can use them to support the weight.

To do this, one of the best methods is to align the floor joists underneath with the studs during installation. If your pony wall extends from the walls of the foundation, it is recommended that you set down the studs so that they fall below the joists.

Similarly, the studs in loft pony walls should also lie under the rafters, making the processes of wiring and plumbing much easier. It also creates a load path that runs continuously, enabling each stud or rafter to bear directly on the members below it.

Building legislation also requires that the bottom plates of pony walls be bolted to the concrete. If your pony wall sits on a slab or foundation of concrete, it is best to use pressure-treated lumber for making the base plate to prevent rotting. It may also add to the stability of the house during strong winds or earthquakes. 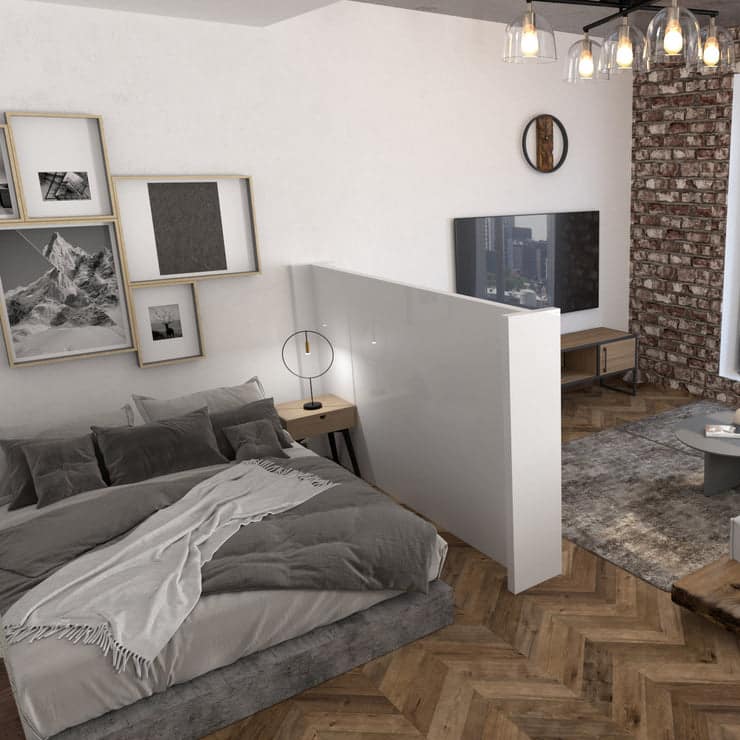 Usually, pony walls are not used for carrying vertical structural loads, but they still require strength for support. In other words, pony walls have to be adequately anchored, so they don’t topple over when someone rests against them.

One of the best ways to support your pony wall is to ensure that it is connected to a perpendicular lying wall. Screwing or nailing the studs in the adjoining wall to the last stud in the pony wall with braces can help you achieve this.

Setting up a pony wall that terminates in the center of the floor is more complex, as simply fixing it to the floor will not provide the strength and durability it requires. That said, you have to carve a hole underneath the floor and fix the stud beneath the framing of the floor. Ideally, it should fall next to a joist, and you can join the two with structural screws or lags.

It is also common to use pony walls in bathrooms to provide privacy in the shower or toilet. For such uses, it is necessary to get these walls tiled and waterproofed.

The law requires that handrails on balconies and stairs in residential structures are strong enough to withstand a sideload of 200 lbs. Additionally, they should be 36 inches over the balcony floor or the nosing of the stairs. And if you use pony walls for such purposes, the same rules will apply.

For staircase guards, straight studs are used to build pony walls from below. The studs are joined with the stair stringer using structural screws for a stable assembly.

The problem, in this case, lies at the bottom of the staircase, where the wall can create a crank to control the plate-to-stud connection. The final stud should go down into the framing of the floor.

Electrical codes that apply to regular walls also apply to pony walls and require receptacles at least at every twelve feet. It should also lie within six feet of any gaps. Additionally, pony walls are generally topped with a wooden capping.

Usually, this capping has to provide adequate spacing for running the molding for the purpose of hiding the joint. That is why it usually sticks out over the wall by around an inch. In this manner, pony walls are an excellent way for preserving interior views quickly.

Some Tips For DIY Enthusiasts

Since pony walls are generally intended for creating separate spaces, they can easily be installed using DIY methods without requiring the assistance of a carpenter. Additionally, some tips can come in handy when undertaking such a project.

1. Construct The Frame Of The Pony Wall Prior To Attaching It

It is a simple method similar to how farmers construct bigger walls in the initial stages when building a house.

The endwall support technique involves connecting the conclusion of the pony wall to studs in another wall. Additionally, the existing wallboard will have to be cut away to get to the studs to ensure secure support for the pony wall to be built.

Using screws or nails for securing the pony wall to the flooring will help you avoid the need to remove the subfloor. Pony walls have to be installed directly on hardwood, tile, or linoleum floors but not on laminates or carpets. These need to be removed before the installation. 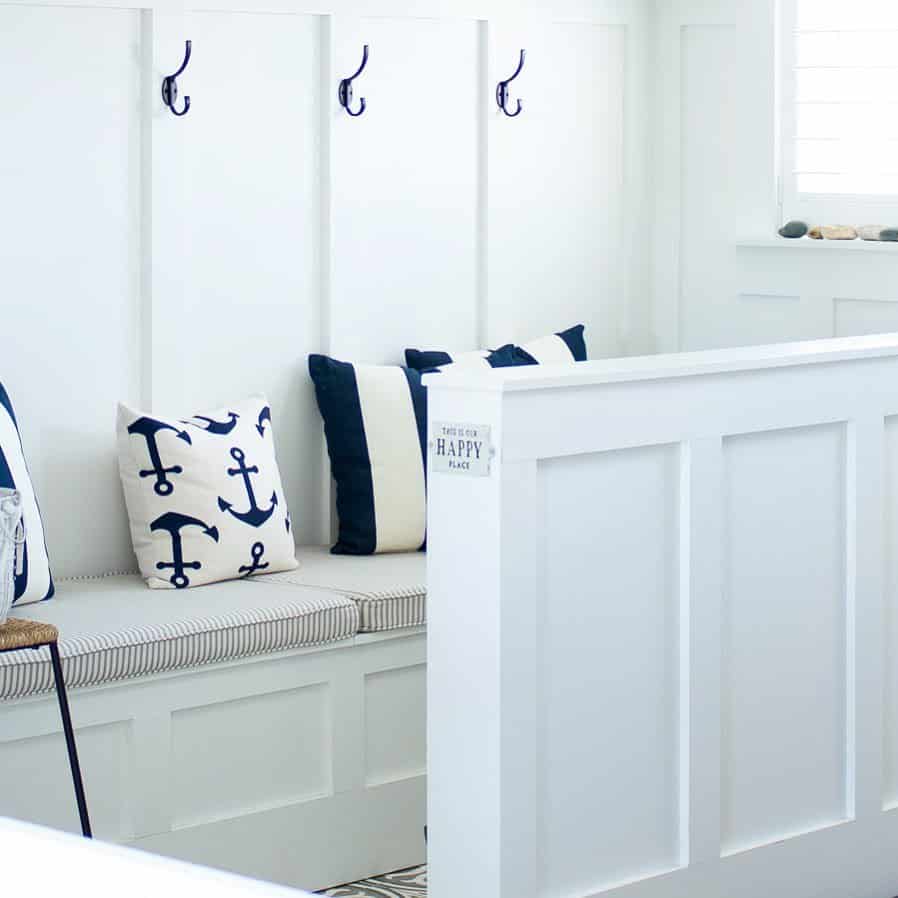 The bottom of the pony wall has to be attached to the subfloor by using screws or nails. However, for longer walls, additional support is required.

To provide in-floor reinforcement, you need to remove the subfloor and use pony wall framing members that are greater in length fixed tightly to the floor joists underneath the subfloor. This is not a problem in case of an open floor plan.

Popular Uses Of A Pony Wall

There are two methods by which you can use pony walls as a bookshelf. The first is to leave the top of the wall open and turn it into a wall shelf by leaving the slots out. The second method involves adding shelving to the top of the pony wall to keep your books.

Another widespread use of pony walls is in bathrooms, where they can help ensure privacy in the toilet space. Similarly, a pony wall can also be installed in the shower with glass at the top for the ceiling to create a unique look.

Originally, pony walls were most commonly used by installing one between the dining room and kitchen. It provides a bar to place the plates, provides extra workspace, and partially divide each space by going all the way to the kitchen.

Due to their low height, pony walls are excellent for creating a separate space for kids. They can separate different kids’ rooms or create a playing space in other rooms. 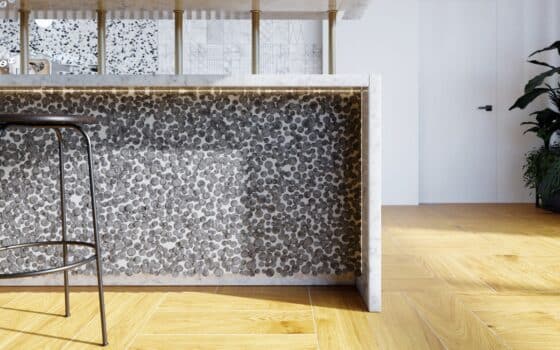 Pony walls are increasingly becoming popular, with more and more designers including them in building plans. The versatility serves types of requirements, and they can be used in all kinds of spaces— if you take the proper precautions.

So, if you are planning on getting one or more pony walls installed in your house, we hope the tidbits in this article will help you. With that said, it is now time to conclude our guide. Until next time!

The versatility of the wall fountains

What Is The Difference Between Ceiling Paint And Wall Paint

What’s Wrong With Your Drywall?

What Is A Linear Foot | Architect’s Information

What Is A Veranda | All You Need To Know

What Is Rain Glass? | Thing You Should Know

What Is Pewter? | All You Need To Know