A world that is always struggling to accommodate the ever expanding population, the availability of free space has become a luxury. The furniture industry has thus far evolved with the changing demands, bringing smart innovations in the form of modular and expandable furniture. And among these modern innovations, one man has dared to do something that no one even thought about before.

The Fletcher Capstan Table is not your everyday dining room furniture. This marvel of modern carpentry has been designed keeping in mind the need to utilize small spaces without giving up on functionality. This product, made by David Fletcher, gives the user an ability to expand and contract as and when needed. 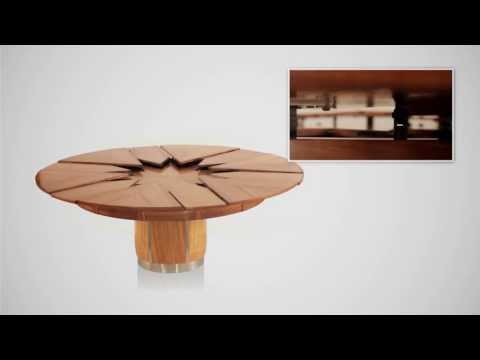 Sure, everyone might want to get a piece of this table after looking at its description, but its price is something that not everyone can take lightly. Today, we’re going to talk about this infamous work of carpentry that is bringing even the wealthiest people think twice before reaching into their pockets.

What exactly is the Fletcher Capstan Table?

Well, it isn’t certainly a product of rocket science that’s for sure! However, the Fletcher Capstan Table is no doubt a product that has no equals. This unique, roundtable is capable of expanding to up to double its size, without taking up unnecessary space. It has been built on a system that contains expandable Leaves within, which gives you the chance to make the most out of the available space.

What makes this table stand out from the rest is its mechanism that stores the expansion Leaves inside the table itself. Both the manual and electronic tables rotate in a 120-degree motion, providing twice the seating capacity while maintaining its beautiful circular form. This table can seat 6 people in its original shape and up to 12 when expanded.

Of course, no hard and fast rule states that 12 people are the limit, so users are free to test and accommodate as many as they deem fit. Boat International Magazine, described the operation of this piece of ingenuity as “pure magic” after seeing the speed of the complete expansion and reduction.

The table and its maker got a lot of media attention, and eventually, it was being heralded as the most innovative piece of furniture ever made. 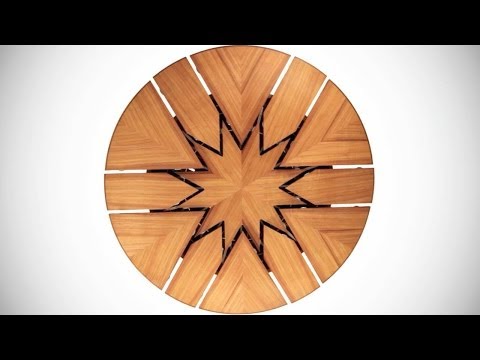 How does the mechanism work?

The structure of this seemingly simple table is based on the principle of layering. It consists of three layers – and the first layer (top surface) composed of 6 pie-shaped planks along with a drum table lookalike circular skirt. The second layer also has 6 planks in the shape of arrows while the third or final layer is in the form of a large star-shaped leaf. 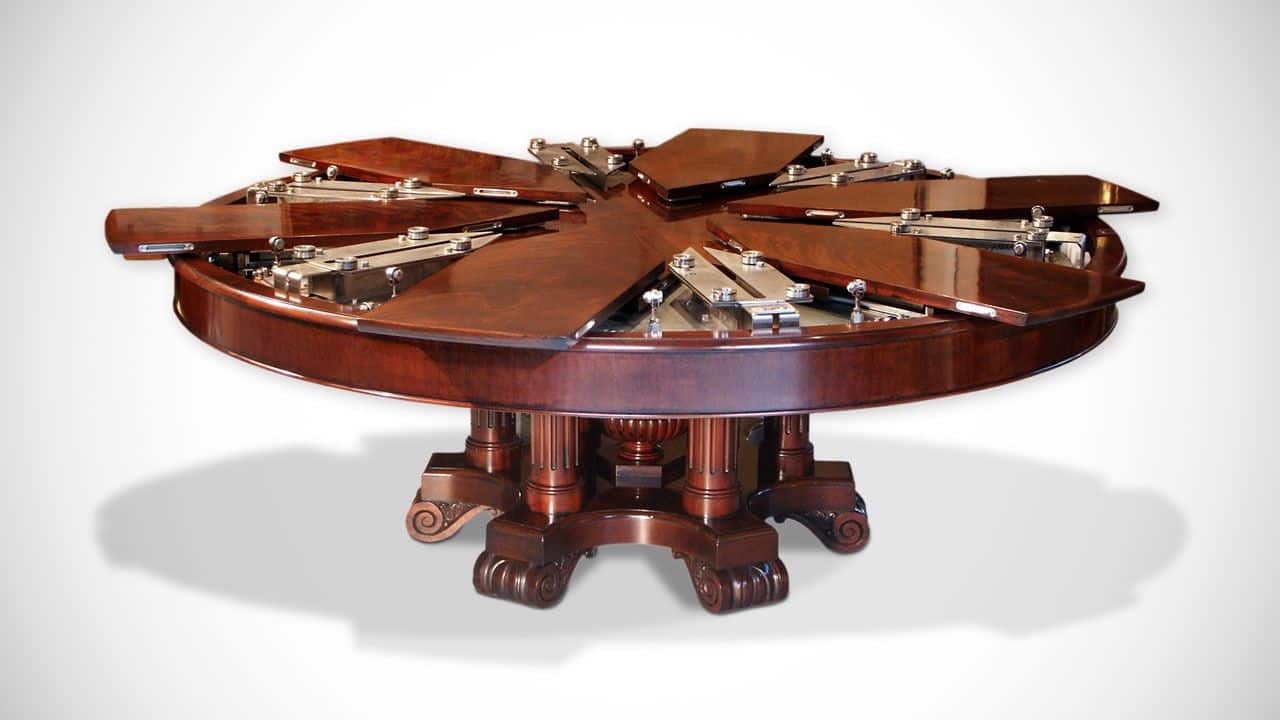 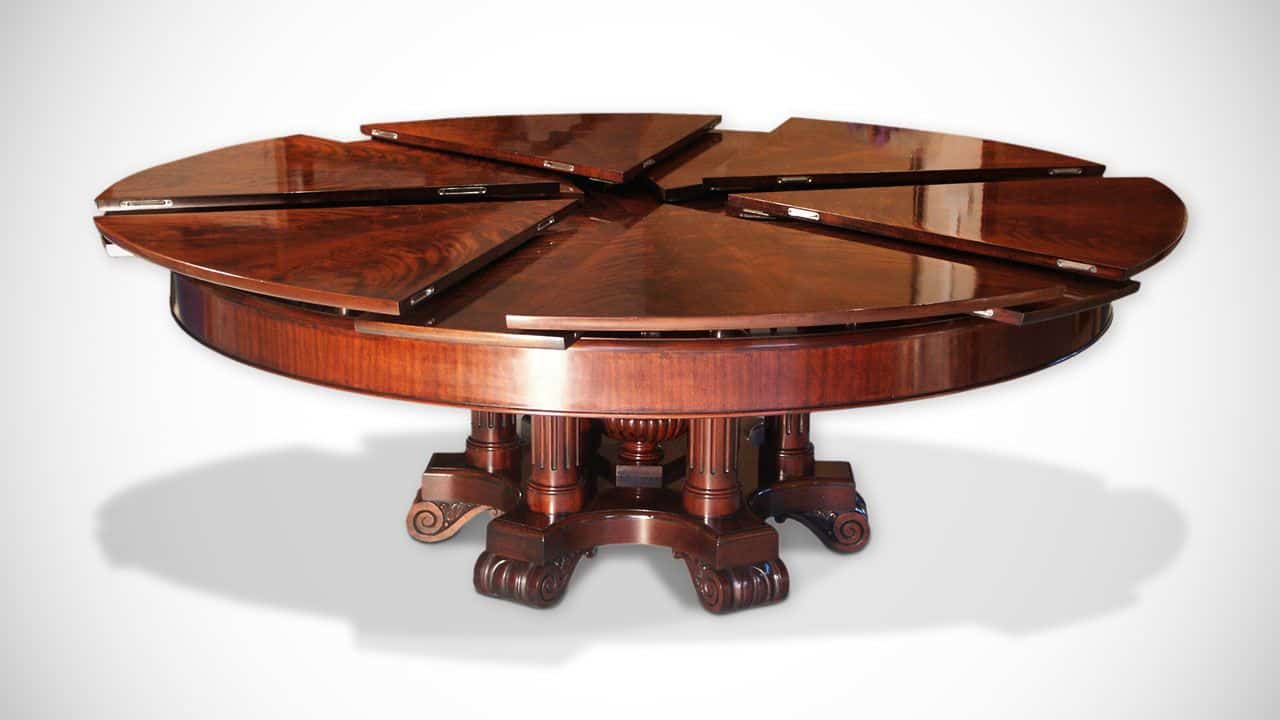 The whole system relies on a rotating and pushing mechanism, which has been made using anodized aluminum and the best quality stainless steel. With over 30 years of experience in the furniture making industry, David Fletcher has been able to improvise on his Capstan Table project to make it how it is right now. 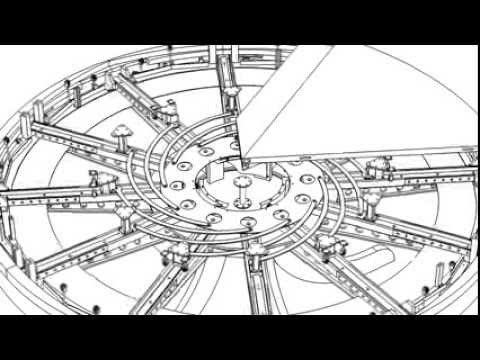 Every Fletcher Capstan Table is made out of the finest hardwood you will find. The most common types of wood are Brazilian mahogany and the European walnut, which are both of a type that compliments domestic surroundings. Exotic materials such as Macassar ebony and Rosewood can also be used to craft this fine piece of furniture.

The materials used in making these tables are of such high quality, that you can place them on a completely exposed boat deck and expect the table to show no signs of deterioration. 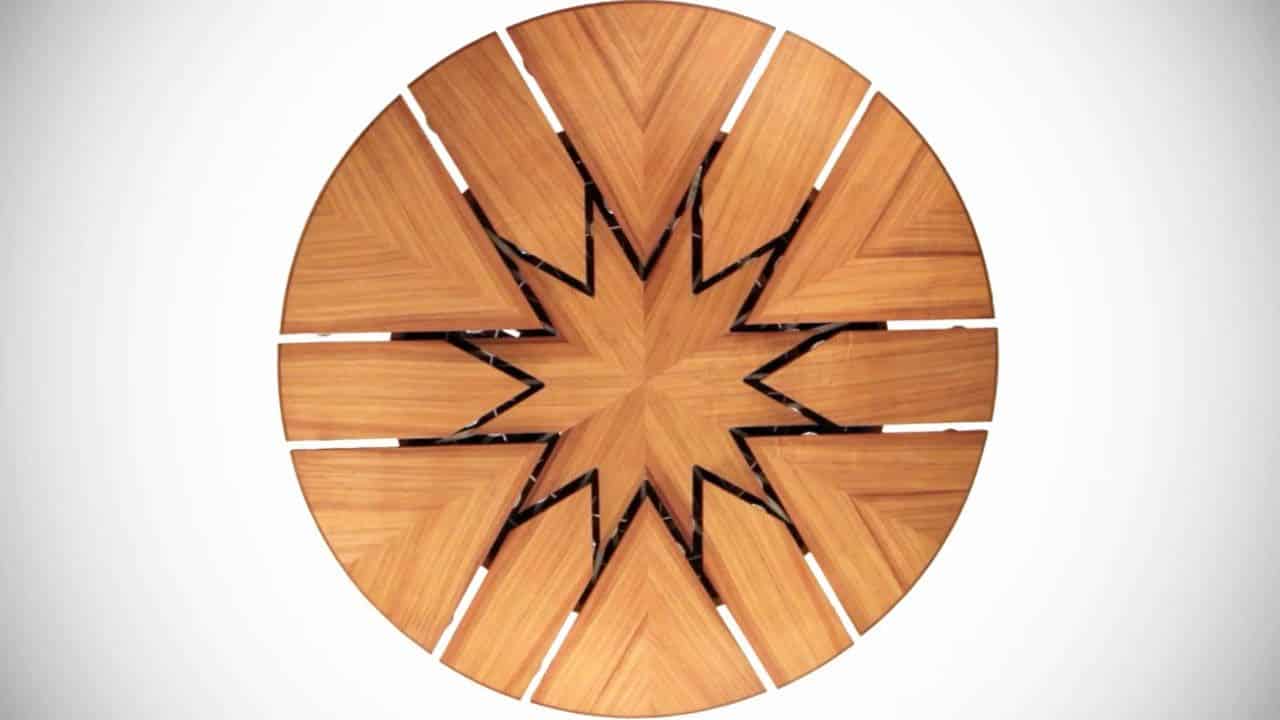 The birth of an idea

Contrary to popular belief, the Fletcher Capstan Table is not the brainchild of David Fletcher. Or at least we can say that the topic of “who came up with the idea” is debatable. But according to fletchertables.com, it was a man named Robert Jupe who came up with the design in 1835.

Jupe’s initial creation of the 19th century was round and featured the same ingenious geometry that can be seen in the current Fletcher Capstan table. Even though the 19th-century table would expand radially and change from small to a larger size, it could not store its own expansion Leaves.

Also, the original table was also not round in every stage of its transformation process. The idea was revolutionary no doubt, but it’s slow and laborious operation stopped the “table of the future” from becoming mainstream. Nobody back then could have thought that someone would use the table as inspiration and reinvent it later. 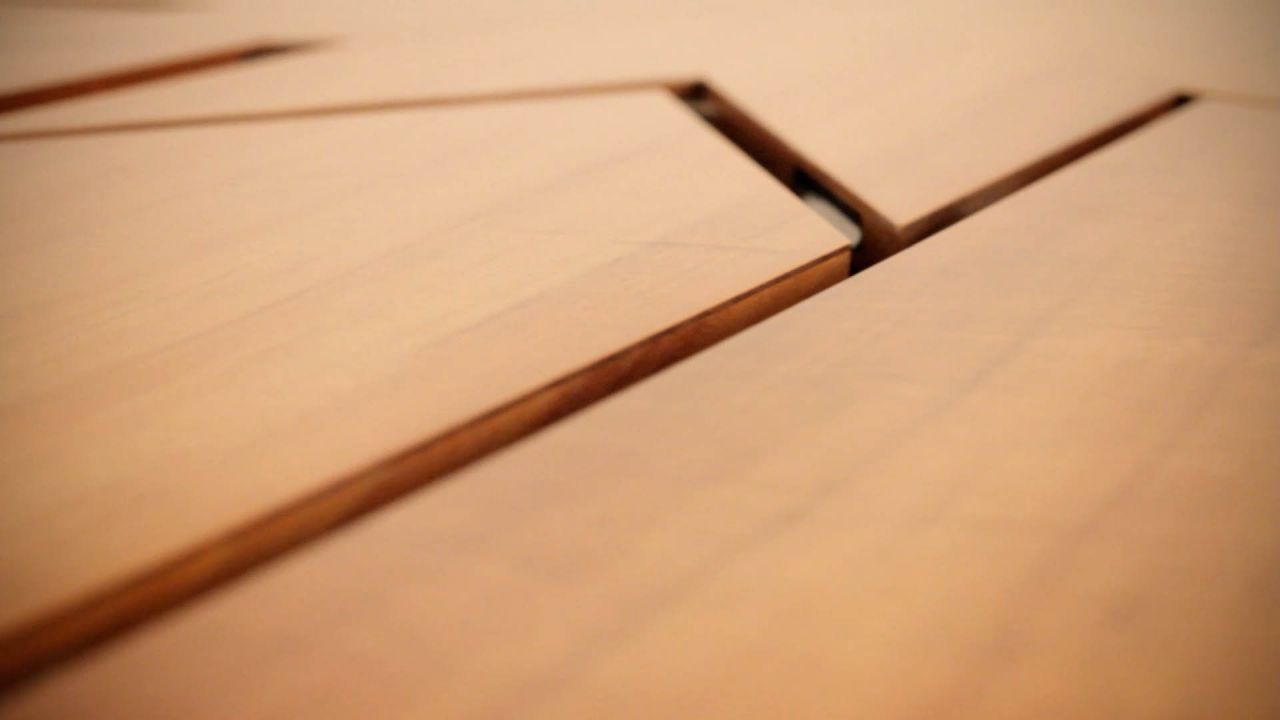 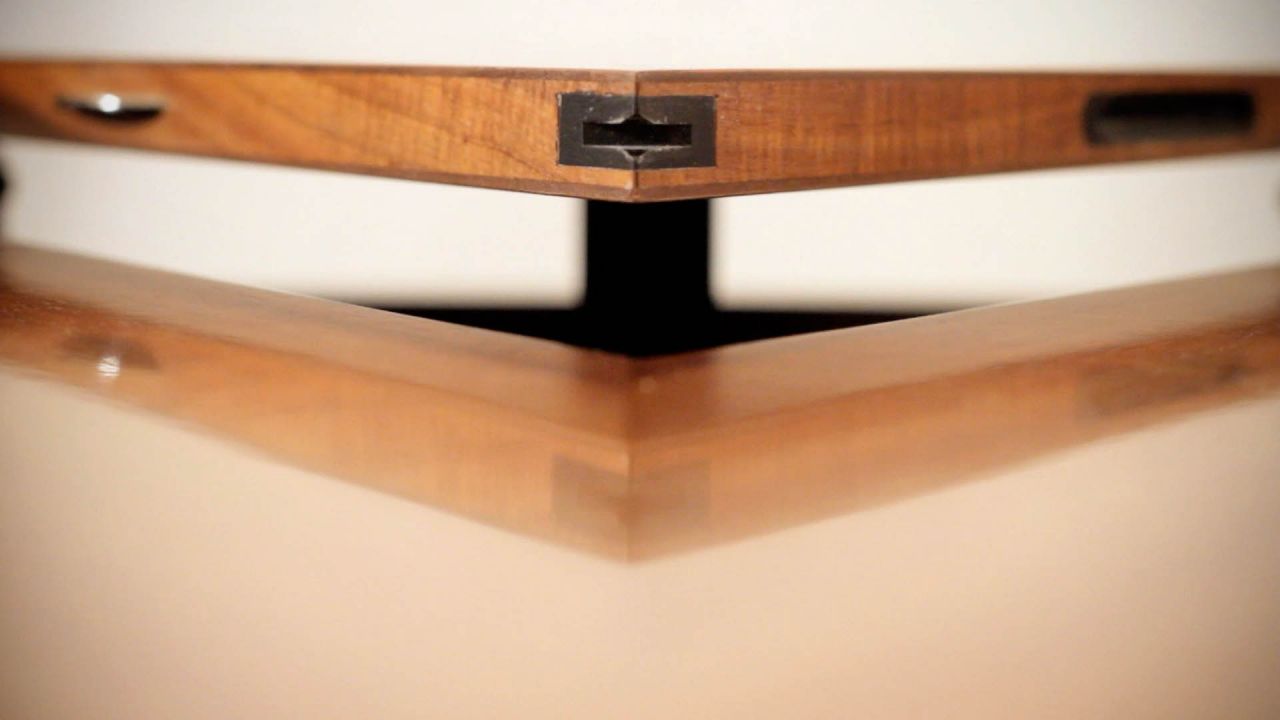 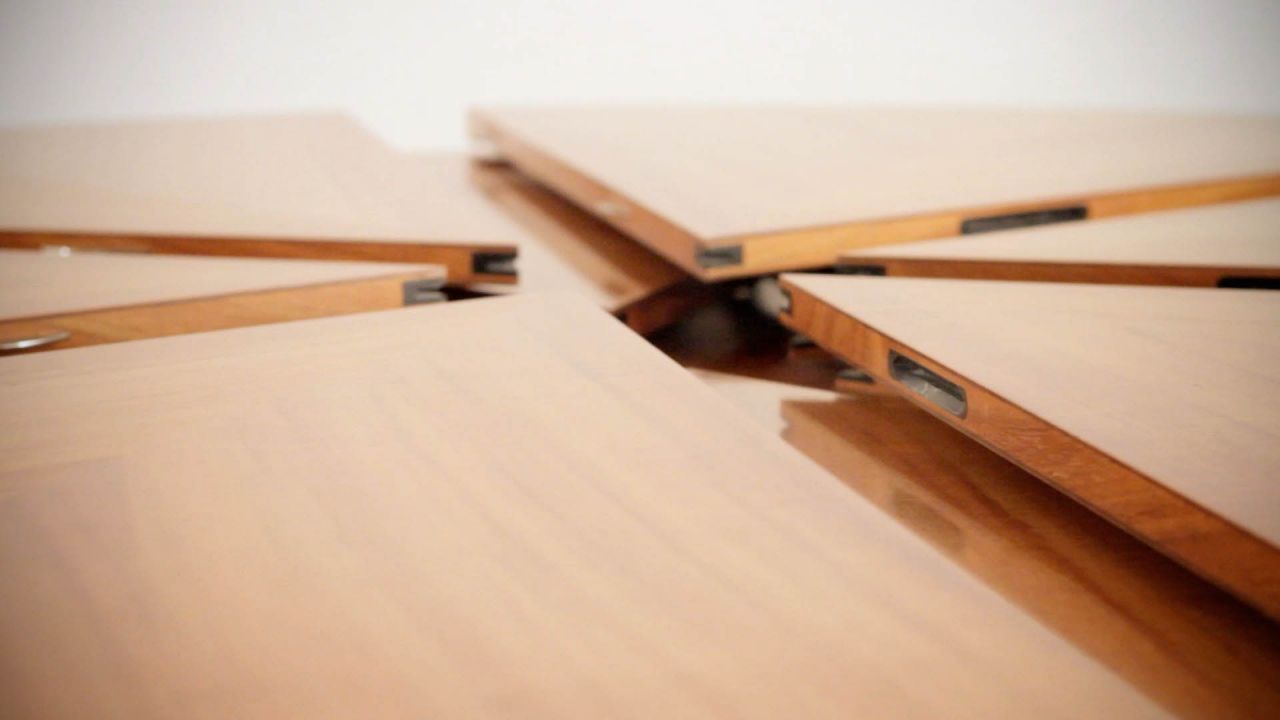 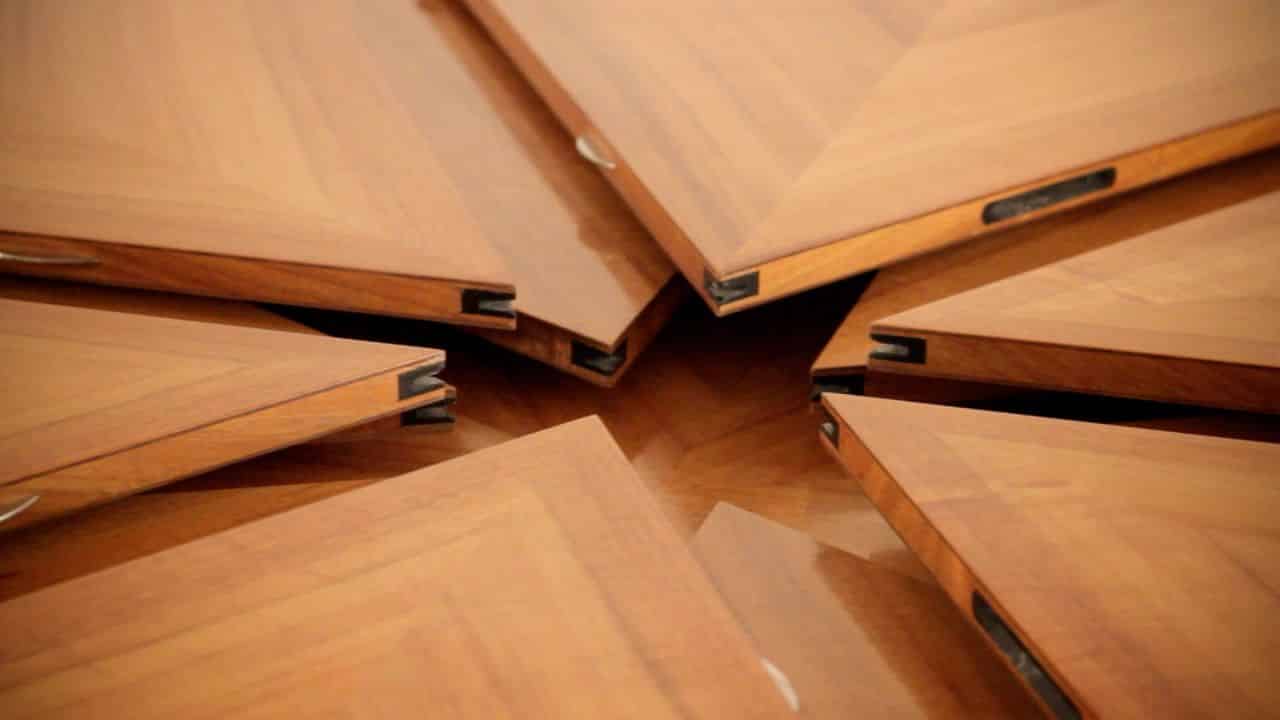 Who is David Fletcher?

Now that you know how the Fletcher Capstan table came to be what it is today, wouldn’t you like to know about the maker himself? David Fletcher is a renowned designer with over 30 years of experience in the furnishings industry. Starting off small as a dealer of antique furniture, he picked up the skills of shaping wood quite naturally.

Fletcher began his capstan table project in 1997 and has continually improved its functioning and design to make the table how it is now. During the entire process, he also developed his skills in mechanical engineering, which we believe gave him more understanding of the craft. Fletcher Tables is a global name today, having some of the finest craftsmen in the world.

How much does the table cost?

Now, to answer the question you have probably been waiting for since starting to read this article. Even if we asked you to make an educated guess about the Fletcher Capstan’s prize, it’s very likely that you would get it wrong.

So, what’s the price?

Yes, you read that right!

This is a piece of novelty that perhaps even the most elite of the society would think twice about buying. But then again, the value of money is largely relative. In the end, only you get to decide if this item is worth its price or not.

As far as quality is concerned, these tables are built to last for generations.

What do you think about the Fletcher Capstan Table ? We would love to hear from you in the comment section below  !

8 of the Best Desk for Artists Today

10 of the Best Light Tables for Artists Everywhere