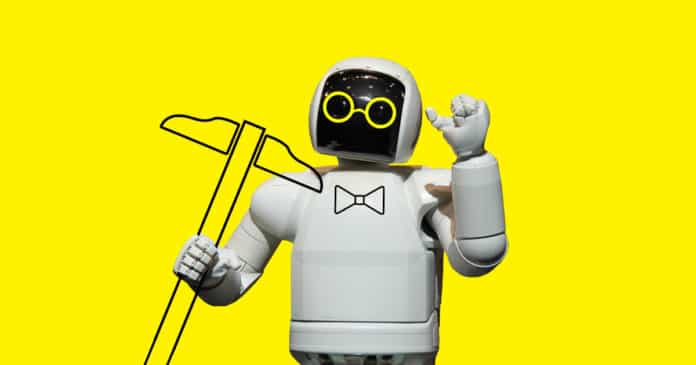 According to a recent study by CNBC, 25% of jobs today will be automated in the near future – that means in the next 20 years.

The ones most at risk are, of course, taxi drivers (welcome self-driving cars), tax accountants, and other service industry jobs like baristas, bartenders, etc.

However, there are a few professions that are still a long way away from being automated. In fact, a University of Oxford study states that architects have only a 1.8-percent chance of being automated.

Automation & Why Architects Can`t be Automated

Why Can’t Architects be Automated?

So why are architects so immune? Most of the work is done in CAD or other software. They involve making designs with certain parameters, just like a lot of tech jobs. So if everything is done on a computer, why can’t it run itself?

So let’s take a look at how much automation is already prevalent in the industry.

CAD software has been around since the 90s. So it’s been a long time since the drafting board has been replaced by a computer. However, an architect still needs to make decisions on what they’re using this digital drafting board for – planning, sectioning, calculating elevation, etc.

All of this needs to be done before you start working. They are usually created and edited independently. Thus there is still a lot of human involvement, especially in the initial stages.

But that’s on its way out too. BIM (Building Information Modelling) is a technology that lets you design a complete building from documented packages – unified models for each stage of the process from planning to execution.

These models contain project-related data that can be synchronized with live previews of the work in progress. But what’s most impressive is that these models host a ton of information about past projects, and have data about the whole lifecycle of previously built assets.

This repository of information helps the architect understand risks and potential shortfalls in their design and can be used in creating more sophisticated digital designing techniques. With all this automation going on, one might think machine learning or AI can gradually take on the roles of human architects. 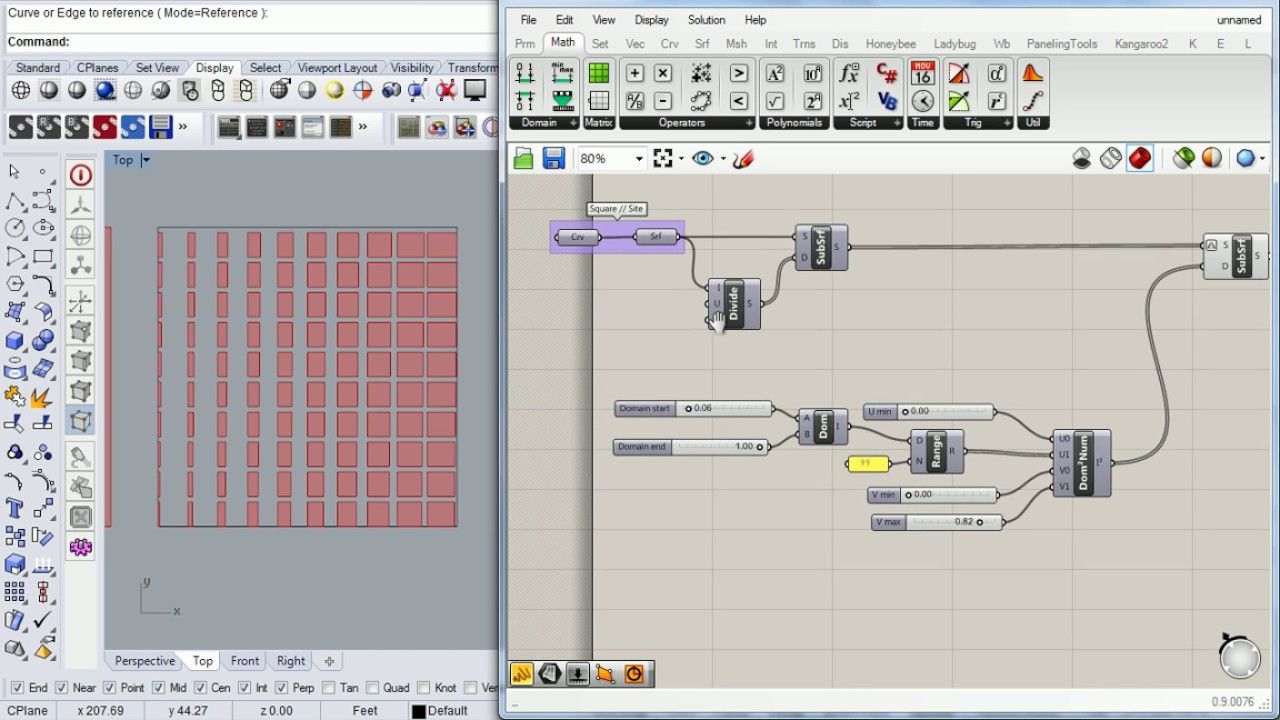 Internet giant Google and also Autodesk have been trying to foray into the industry. Although these programs are still in their infancy, they have generated quite a buzz among the architectural community.

Autodesk’s product Dreamcatcher, hailed as the ‘next generation of CAD’ is a system that allows designers to craft design definitions with specific set parameters and goals.

Once you put in your constraints and goals, the system will generate thousands of design options which will let you evaluate the individual pros and cons of different options.

The MaRS Innovation District of Toronto took the help of Autodesk to design their office. As constraints, they put in parameters like proximity of different teams, availability of sufficient light everywhere, and also individual requests of employees like kitchen amenities and toilet design.

Thus, they used Autodesk also to involve human factors in their design. However, the project was obviously spearheaded by a design team.

Born in the super-secretive Google X laboratory, Project Genie is another such product we are bound to hear more of in the future. Project Genie started out with the objective of reducing construction costs by 50% and overall construction time by up to 60%. However, due to difficulties, the project got rebranded and turned into a company now known as Flux.

So What Does the Future Hold for These Technologies?

Plenty of people put forth the argument that computers can’t emote and they don’t have the five senses which we do. Hence, they will have a limited understanding of aesthetics and the emotional component involved in every building. Depending on the builder’s sensibilities and tastes, every house will have a different layout and aesthetic element to it.

However, this is not entirely true. With the advent of machine learning, if computers are fed the right parameters continuously, they will eventually learn what people find aesthetically pleasing.

Granted, it won’t have individuality, but how many people have the means to have a house designed exactly to their taste anyway.

Autodesk CTO Jeff Kowalski said that they are trying to build a CAD system that has a learning process very similar to ours – it will reference mechanical engineering texts, building codes and models and even learn from real-life projects. That is their ultimate goal – to create a system that houses as much information as an architect with an ability to use that information in an intelligible fashion.

However, Kowalski did say that the system would only be creating starting points or theories on which to build on – the system cannot be relied on to adapt to real-world problems and complications. It will be a companion to designers instead of a competitor – much like CAD software already is, only with the added advantage of machine learning. 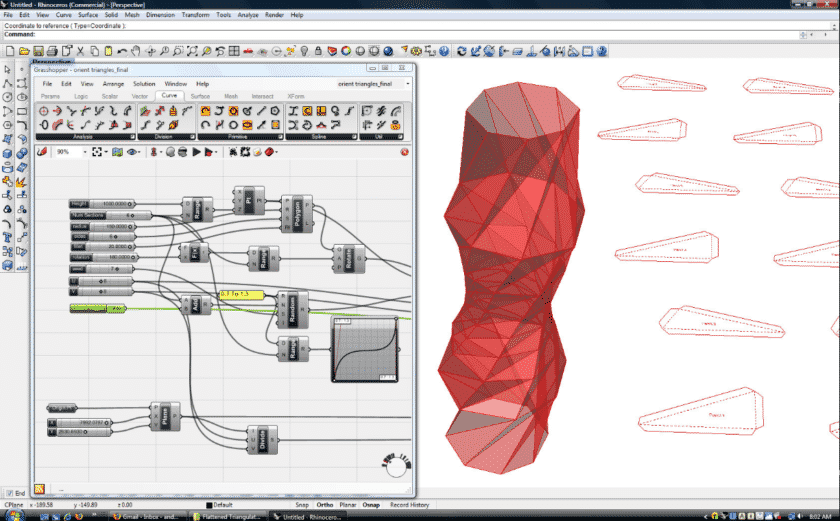 How Will These Technologies Affect an Architect’s Job in the Future?

If everything goes according to plan, experts say, not only will these technologies not take away human jobs they might in fact, create more jobs.

When freed up of the grunt work, companies can focus more on a multidisciplinary workflow – an architect will have more scope to focus on the creative process while simultaneously relying on technology to ensure timely and accurate information transfer.

Technology and its ability to connect people cannot be understated. If you need something done, you can simply rely on technology to connect you with someone who possesses the skillset to complete the task. If you’re struggling with your architecture term paper, you could simply look up resources online and you’re sure to find an online essay writing website, which will write it exactly the way you want, if you are looking to outsource creativity and the critical mind of an architect, that is an entirely different matter, as without context and the glue between context and creation, one cannot call the outcome architecture, or design at all.

This mixing and mingling of different employees and their skills should lead to the growth of new business models and the need for new skill sets. It’s helpful to think of it in terms of this analogy –

A music composer would have seen musical instruments go through so many stages of transformation from bass guitars to electric guitars to synthesizers to electronic composing tools.

In fact, even the medium of production has gone through so many changes, from records to cassettes to CDs to MP3 and online streaming. However, today, there are more musicians than ever before simply because of all these developments.

The role of the music composer still remains the same. They just have more options today, which is exactly what the future holds for architects, architecture is after all, frozen music.

September 16, 2021October 20, 2019
0
Challenges are plenty when you dip your toes in the field of architecture with a vast ocean of opportunities. But, you have to prove...