What Is A Bungalow? | All You Need To Know 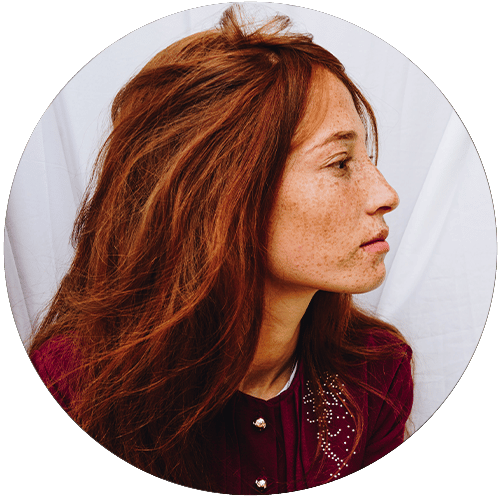 This may not come as a surprise, but we’ve been living in a concrete jungle for as long as we can remember!

You could look into any direction, and would end up looking at a structure – could be a living space like a building or a house, a store, or more. You might’ve even laid your eyes on a cute one-story house, either while strolling around the town, or looking at properties on the housing market.

And even though we come across these single story structures, we’re still not too sure about what to call them. But regardless of that, these living spaces are incredibly popular since they tend to make a great single family home.

So, before we dwell anymore, let’s get back to our question and understand what classifies as a bungalow.

What Is A Bungalow? 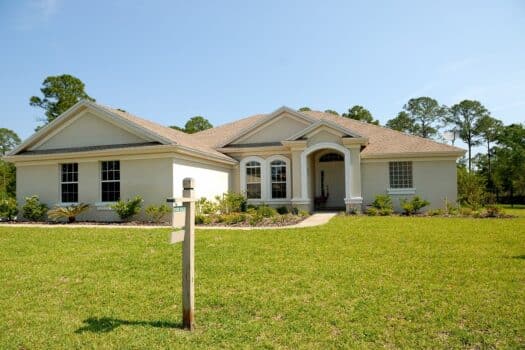 Anything that is a single story or one and a half story tall – a home, a cabin, or a cottage, would classify as a bungalow. But if you come across a bungalow with a half story, it’s usually built into a sloping roof. And some structures may even have an additional half story at times.

While this may sound simple, the intent and concept of a bungalow are far more complex. A bungalow style house is the perfect combination of artistry and simplicity that makes for an affordable home. This is exactly what helped them gain popularity quickly, and they’re still quite popular today.

What Are The Characteristics Of A Bungalow?

There are a lot of features that define a bungalow. One of the most common characteristics would be an open floor plan. Most living spaces tend to be divided into separate rooms, while most bungalows tend to have all of this laid out in no particular order.

Although not every bungalow follows open floor plans, they undoubtedly add to the appeal and the charm of a bungalow style house.

People know of bungalows being more compact than a house. In fact, they usually have less square footage than most single family homes. Another defining factor would be a low pitched roof. A sloping roof will help you differentiate a bungalow from other living spaces with ease. 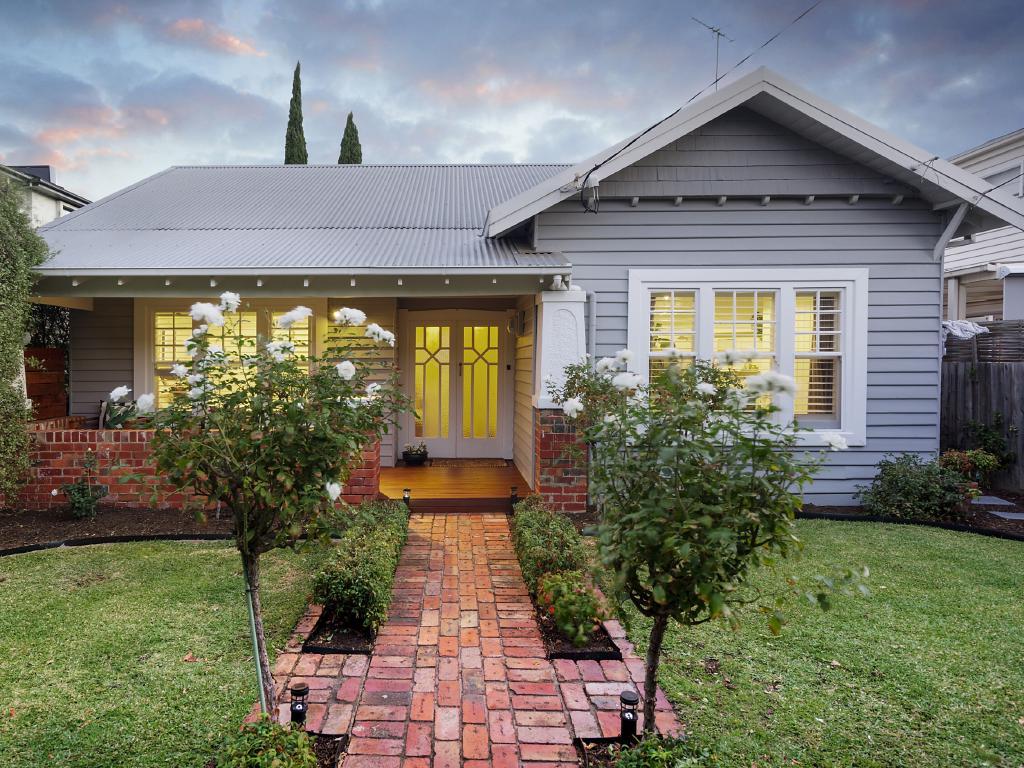 Regardless of where you are, the most common location you’d find many bungalows in is urban areas. It’s common for people to look for something smaller than single family homes, but bigger than an apartment. And even though cottages are technically bungalows, you’re more likely to find them in rural areas.

It’s not uncommon to find bungalows with a front porch, which offer some additional space for the occupants. Moreover, they are often associated with natural material, fine craftsmanship, and simple designs. They tend to have an aesthetic reflective of the 20th century, and are usually painted or stained to fit their natural surroundings better.

Due to being slightly more compact than a house, bungalows tend to be a lot more easier to maintain. They also occupy more square footage than most houses, meaning they’re more convenient to modify or add more. Not only are they cost-efficient, but they also offer a lot more privacy compared to traditional homes. 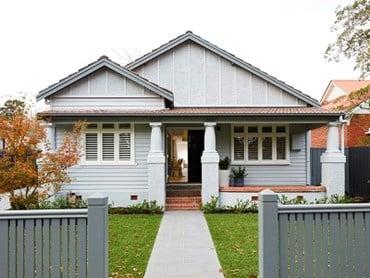 The History Of Bungalows

During the British Rule in Bengal, India, bungalow houses served as casual residences for travelers and ambassadors in the mid-17th century. And although they were a staple then, bungalows gained popularity in Britain in the mid-19th century.

These bungalow homes are known as “California bungalows,” and usually have one or one-and-a-half story, featuring Spanish-inspired details, sloping roof, and a large porch. However, Chicago bungalows are one-and-a-half story homes with a basement and are just as popular now. Besides, they are known to be longer rather than wider, and are specifically designed to fit the narrow city lots.

They gained popularity in the United States in 1920, and due to Hollywood increasing the allure of American-made products, their popularity continued to grow. These chicago bungalow houses feature a hipped low pitched roof with broad overhangs, brick construction, and front porches.

The term “bungalow,” however, usually refers to a small residence of one story. And although it developed later in the 20th century, the definition would vary based on where you are. For example, in India, regardless of the amount of stories a living space has, the term usually refers to any single family dwelling.

Now that we’ve answered the question “what is a bungalow?,” let’s take a look at some of the advantages and disadvantages of owning a single story bungalow home. 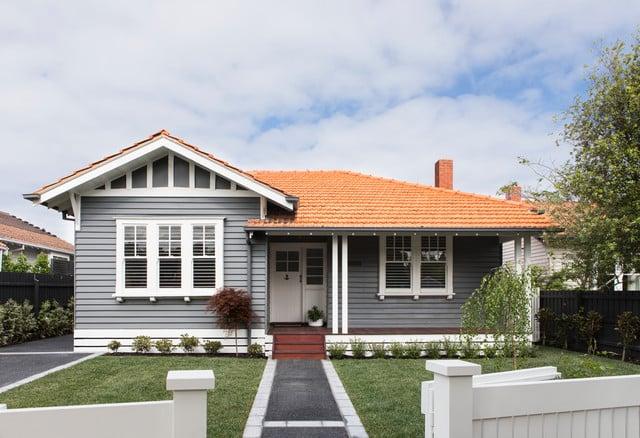 Advantages Of Owning A Bungalow Home

Bungalows started out as being a convenient, aesthetic yet affordable housing option for many people. It may be slightly more expensive to afford a bungalow in recent times, but they’re still inexpensive compared to other lavish houses.

In the following sections, we have listed a few advantages of living in a bungalow:

True bungalows tend to offer privacy to its occupants due to their low profile. And to achieve that, all you need to do is incorporate some shrubs and well-placed plants to shield and avert any gazes from neighboring properties.

Besides, the smaller footprint of a bungalow leaves some extra space on the sides, unlike a split level house. Townhouses often have you sharing a wall with someone, which you don’t have to worry about with a bungalow.

Most living spaces divide their layout into rooms, especially if it is a Victorian style home. However, bungalows tend to have an open floor plan, giving it the illusion of it being larger and more spacious.

One of the most defining factors of a bungalow is that it is a single story living space. With the lack of a second story and stairs, you can safely navigate through the house. This allows people with mobility issues or old age to no longer worry about having an accessible or livable house.

Large bungalows tend to be a compact living space with very few bedrooms. So, if anyone is looking for a conveniently small house instead of a condo or an apartment, a bungalow would be an ideal affordable option.

Most families with younger kids tend to find apartments or condos to avoid stairs. And given how stairs can be hazardous for children, a living space with an open floor plan would be ideal. This is why bungalows would make a great single family home.

You often find most bungalows on plots that leave plenty of room for expansion or improvement. This isn’t possible if you reside in other living spaces like apartments or townhouses. So, if the inhabitants feel like adding an additional living space like more bedrooms, a porch, or more, they can do so with ease (but after seeking the necessary permissions).

Due to all the points stated before, bungalow houses tend to be quite popular on the market. And their value will only increase as you renovate or redecorate. Reselling bungalows is a lot easier now since many people, regardless of their age, are looking for an affordable and compact living space.

Disadvantages Of Owning A Bungalow Home

Like every good thing, bungalows tend to have a downside to them too. Despite being a popular choice on the housing market, there are a few disadvantages to owning a bungalow home. And we’ve listed a few of them down below:

Bungalows are a compact option compared to many houses, but more people feel like they would get more space by purchasing a house instead. Homeowners usually pay a higher price per square footage for a bungalow due to them being a popular choice. However, it tends to feel unfair due to the lot of them being the same size as that of a regular house.

2. Stuck In The Past

This isn’t the case with every bungalow, but just like most houses on the market that have had inhabitants for a long time, these living spaces usually need a complete makeover.

Now, bungalows are a popular choice with older inhabitants due to the single-level design. But if someone younger is looking to purchase a bungalow, their renovation budget would be significantly higher, including factors like fixtures and upgrading or replacing appliances.

Bungalows tend to be one-story high and lower to the ground, and while these may be appealing to many, it is the same factors that few inhabitants may be uncomfortable with.

Being on the ground floor sounds very convenient, but with the windows open in a private lot, these factors might incite worry and fear instead of joy. And if you’re in a neighborhood where safety is a major issue, purchasing a bungalow wouldn’t be the best choice for you.

We previously mentioned how popular bungalows are on the housing market, and you might assume that this makes it easier to purchase.

However, this just makes it so much more difficult. The popularity just adds more competition to snatch the best housing option for you, leading to bidding wars. This would either take it beyond the asking price, or they’re already set on a premium price. And depending on the neighborhood, you might end up burning a hole into your pocket.

5. Being Around People Too Much

Most single family homes seem appealing due to the open floor plan, but this very thing can be extremely challenging due to the lack of division between the living space and the sleeping spaces.

Families with young children tend to be prone to clutter and noise. With the bathrooms being in close proximity of both the bedrooms and living spaces, this just adds to the chaos. So if anyone in the family is a light sleeper, living in a small house like a bungalow is a lot more challenging than relaxing. 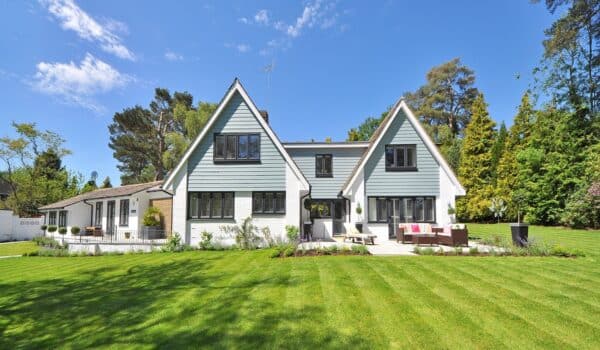 Due to their rich history and culture, it would be hard to ignore everything bungalows offer. For one, they have more square footage, making for a comfortable and enjoyable experience for small families with younger children and pets.

Moreover, the single story profile makes them accessible to younger and older generations alike. And finding cost-effective spaces can be challenging, especially with all the extravagant housing options there are on the market.

Plus, as we have already mentioned, they tend to be great real estate. Even a few minor renovations to facilitate basic modern facilities can earn you higher ROI (return on investment) without waiting for too long.

It’s now time for us to wrap up this guide, but we hope that we could have answered all your questions regarding bungalows. We’d love to hear about your thoughts in the comments section below.

Until next time, take care!

What Are Passive Houses And Are They Worth It?

What Is the Craftsman House Style & Why It’s Popular Today

What Is The Cheapest Type Of House To Build

What Is A Linear Foot | Architect’s Information

What Is A Veranda | All You Need To Know

What Is A Pony Wall? | Things To Know

What Is Rain Glass? | Thing You Should Know

What Is Pewter? | All You Need To Know